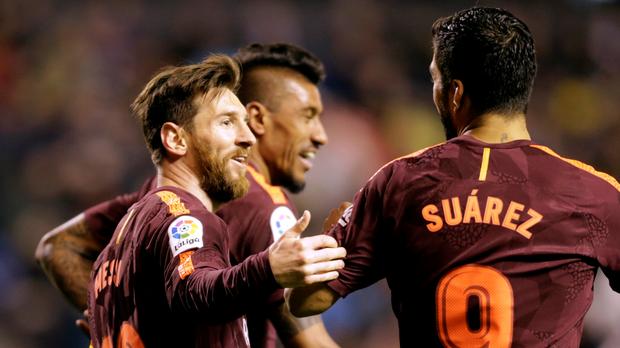 South African champions Mamelodi Sundowns are believed to have forked out €7-million (around R105-million) to host Spanish champions Barcelona at FNB Stadium on May 16 in an international friendly.

The Brazilians confirmed the news on Friday night. The game will be Barcelona’s second visit to the country to face Sundowns. The first match between these two teams took place at Loftus Versfeld in 2007.

The Catalan side brought their star players, including Ronaldinho and Samuel Eto’o, in that 2-1 win over Sundowns more than a decade ago.

Barcelona will once again bring their star players in the country including Lionel Messi and Luis Suarez as part of the agreement Sundowns signed with the Spanish giant.

This match almost didn’t happen as Barcelona’s South American players wanted to be home at that time to prepare for the World Cup.

But the two parties managed to reach an agreement that will see those players feature in this friendly before going home to prepare for the global showpiece that will be staged in Russia.

Sundowns’ match against Horoya, that was originally schedule for May 15 in Guinea, in the Caf Champions League has been pushed back to accommodate this friendly.