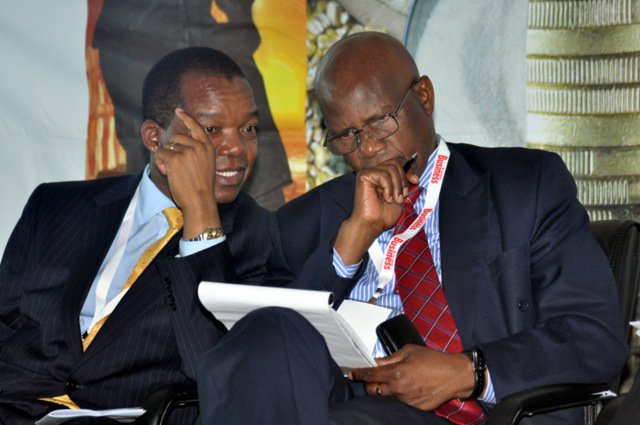 Zimbabwe’s industries are bleeding heavily due to an economy that has continued to worsen, with financial results released over the past two weeks painting a gloomy picture.

The deteriorating operating environment, caused in part by foreign currency shortages, cost pressures, deflation, depressed demand and declining local industry competitiveness, among many indicators, has resulted in subdued performances across many companies.

Weak industrial activity in Zimbabwe is likely to continue due to the worsening economy, a situation which will put local companies under pressure.

Financial results from Edgars and Truworths, the country’s largest clothing retailers that operate manufacturing units, showed deterioration in the economy.

It was a similar story for National Foods, Meikles and ZimRe Property, among many others.

Edgars reported subdued performance for the 52 weeks to January 8, 2017.

In fact, the company is already restructuring to ensure it survives the current turbulence.

Its revenue during the period under review went down to US$52 million, from US$64 million recorded in prior period, due to depressed consumer demand.

Profit for the year slumped to US$548 163, from about US$4 million registered during the previous comparative period.

Truworths, which has a smaller market share, appears to be in a worse position than Edgars.
Its financial results give an impression that its business is struggling.

Unless the operating environment changes for the better, the company may have to revisit its strategies to stay afloat.

Truworths’ first half performance to January 2017 was subdued, with sales going down 40,8 percent to US$6,53 million, compared to US$11,3 million recorded during the same period the previous financial year.

“With the decline in aggregate demand, gross margins will remain under pressure,”

“In addition, the shortage of foreign currency will negatively impact product availability and pricing,” he added.

Cornelius Dube, an analyst with the Zimbabwe Economic Policy Analysis and Research Unit, said business in the clothing retail sector was particularly at an all time low as shown by the financial results.

According to Dube, the continuing foreign currency shortages remain the major concern because some of the renowned brands in the industry do not source their products locally.

“But as long as the authorities are going to maintain the priority list strategy of allocating foreign exchange, these challenges will continue. This means retailers’ future trading prospects will remain a concern. I therefore don’t expect sales growth over the next 12 months or so,” he said.

Although Innscor Africa, which has grown into a behemoth, reported pleasing financial results for the six months to December 31, 2016, its manufacturing subsidiary, National Foods, which is separately listed on the Zimbabwe Stock Exchange (ZSE) and usually thrives when the country experiences droughts, posted a subdued performance for the six months to December 31, 2016, mainly due to poor results from its maize division.

Profitability was impacted by a disappointing result from the maize division, which saw substantially reduced volumes as government significantly increased the supply of subsidised maize to consumers following the disappointing 2015-16 harvest.

“The ability of the group to settle its foreign creditors deteriorated markedly over the period due to the difficulties experienced by the banking sector in making foreign remittances. As a result, substantial cost increases were incurred due to penalties on late payments as well as more expensive foreign credit lines.”

Moyo said almost the entire group’s capital projects had been delayed due to the shortage of foreign currency.

He warned that the harsh trading environment was “likely to continue for the foreseeable future”.

The country’s largest beverages maker, Delta Corporation, which is still to report its full year results to March 2017, is likely to be affected by constrained disposable incomes, acute United States dollar shortages and worsening macro-economic conditions.

Delta has been suffering falling revenue since 2014 and its struggles mirror Zimbabwe’s deteriorating economy.

In its financial results for the six months to September 30, 2016, Delta’s revenue declined by eight percent over the same period in the previous year to US$246,6 million.
Meikles released financial results that excluded its debt due from government amounting to US$42 million in the form of Treasury Bills.

The company’s chairman, John Moxon, said: “The financial results are presented excluding sums considered due to the company by (the) Government of Zimbabwe. The calculations of sums due have been subject to assessment by expert consultants. Sums considered due to the company that are not included in the financial statements amount to US$42 million as at September 30, 2016 and continue to accrue interest.”

It has since approached the courts for relief.

Meikles, which has since warned shareholders of the group’s intention to de-list from the ZSE, reported a US$19,3 million loss during the full year to March 31, 2016 , compared to a US$34,5 million loss recorded during the previous year.

The group’s total assets went down to US$284,4 million from US$304,6 million registered in the previous year.

Its total liabilities, however, went down 19 percent to US$154,7 million from US$167,5 million during the same period in the prior year.

The property market also remained subdued due to persistently low demand for space, increasing vacancy levels due to voluntary space surrenders and evictions due to rental defaults, negatively impacting performance.

Property firm, ZimRe, recorded a US$1,4 million loss during the full year to December 31, 2016, from a profit of US$3 million registered the previous year.

The loss was attributed to the prevailing economic environment, with the average yield declining from eight percent to seven percent.

Voids went up to 24 percent in the period under review from 22 percent recorded in the previous reporting period.

Due to the increase in voids, the company’s rental income slumped 12 percent to US$3,14 million from US$3,57 million recorded the previous year.

The financial results showed a weakening financial position as total assets went down to US$52,7 million during the year 2016, from US$54,2 million recorded in 2015.

Total liabilities, marginally increased to US$3,9 million during the review period from US$3,8 million recorded in the previous year.

Despite the majority of financial institutions in the country recording profits during 2016, the National Building Society, a banking unit of the National Social Security Authority, which opened its doors to the public last year, reported a US$3 million loss in its first financial results for the year to December 31, 2016.

This was attributable to initial set up costs.

“The sector’s occupancy levels and market rentals continued to decline as a result. Costs relating to voids and the allowance for credit losses remain the major drivers of property sector expenses. Tenants are also renegotiating rates,” said Magaya

Prosper Chitambara, an economist with the Labour and Economic Development Research Institute of Zimbabwe, said the slide was likely to become widespread this year.

“I think (the deterioration) is likely to continue this year because aggregate demand in the whole economy is also subdued. It’s not a good situation to be in. Unless broad structural reforms are implemented, more people are likely to be thrown onto the streets as many companies are in precarious position, living on the margins as they try to respond to a worsening economic situation,” he said. Financial Gazette