The National Assembly has unanimously applauded President Robert Mugabe’s appointment of Luke Malaba as the new Chief Justice (CJ), with lawmakers across the political divide describing him as a jurist with a consistent record of fidelity to the Constitution, along with wisdom, integrity, self-restraint and a strong dose of humility. 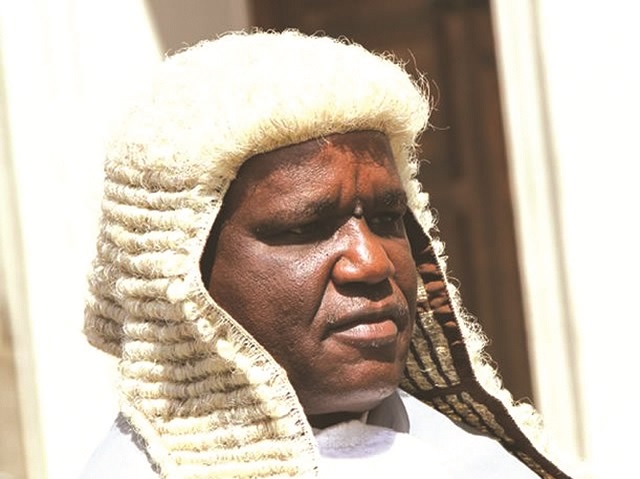 Malaba, 65, assumed duty on March 1 as the acting Chief Justice, and was appointed substantive CJ by Mugabe with effect from March 27, according to the Judicial Service Commission (JSC).

He now awaits judicial oath which will be administered by Mugabe on April 6.

Malaba replaces Godfrey Chidyausiku, who retired from the post end of February.

The incoming CJ will have to head the Constitutional Court (Con-Court) until 2023, according to the new Constitution.

Support for Malaba in the National Assembly was bipartisan, with a cross-party group of lawmakers from the opposition and ruling party rising on a point of privilege on Wednesday to endorse the Chief Justice-designate.

Lawmakers said picking Chidyausiku’s successor from among the panel of Justices, by seniority and by vote of the JSC, was the right tonic toward improving the Supreme Court and Con-Court’s legitimacy.

“This is very good because when the first citizen nods to the dictates of the Constitution, we must all join in a chorus to sing ‘justice wins, law wins.’ As we say vincit legem vincit (a Latin maxim meaning ‘necessity overrules the law’),” Kuwadzana East MDC MP Nelson Chamisa said.

“We must congratulate this process, honourable Speaker Sir, and I want to say this is a very positive development.

“As an arm of the State, being the legislature, when good news happens in the judiciary, it is a positive thing for all the other arms of government.

“We must also thank the President for being a creature of the Constitution to all intents and purposes.

“We must also thank the new Chief Justice for being a doyen of constitutionalism.

“We must also thank the outgoing Chief Justice for being the superintendent of our justice system in this country,” Chamisa — who is also an advocate — said, adding Malaba has a “fair and firm sense of justice”.

Four candidates were shortlisted by the JSC for the Chief Justice post public interviews conducted in December last year, reflecting Mugabe’s whittled down authority under the new Constitution.

The Chief Justice-designate scored 92 percent in the interviews, while Makarau garnered 90 percent and Justice Garwe came out third with 52 percent.

The choice of Malaba was seen by Munhumutapa — the citadel of government power — as a significant appointment to douse worsening factional fights in the ruling Zanu PF over the next Chief Justice.

Zvimba West Zanu PF MP Ziyambi Ziyambi, who is also the chairman of the portfolio committee on Justice, Legal and Parliamentary Affairs, expressed “our joy on this side of the House.”

“We have often been labelled as people who do not uphold the Constitution and we have shown them just like what the honourable advocate (Chamisa) has said, he alluded to the fact that constitutionalism is upheld in Zimbabwe.”

Political meddling in the CJ selection process had threatened the standing of the Supreme and Con-Court and undermined the court’s social position, legal experts had warned, arguing the system of appointing a new CJ was supposed to be purely meritocratic.

Legal experts argued that using the promotion option, making the deputy CJ take over, was probably self-evident because experience on the Supreme Court may be helpful in leading it.

After all, they argued, that is the premise, presumably, of making the deputy Chief Justice the Supreme Court’s second-in-command, and the basis for some criticisms of inexperienced outsiders becoming Chief Justice.

If Justice Malaba was not to be considered for Chief Justice, there was a risk he would quit the Bench; it is human nature to be disappointed when those less skilful are hired at a higher position, at least where later advancement seems foreclosed.

To many, Justice Malaba, a jurisprudence and philosophy expert who others feel is not “politically correct”, was the best candidate to succeed Chidyausiku, if political considerations were not allowed to trump the nomination process. Daily News

‘Zimbabwe making errors of what makes success in the…