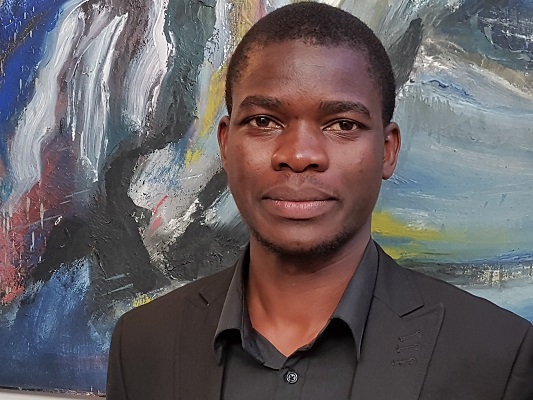 The month of February is that time of the year were we as Zimbabweans are subjected to the endless praising and worshiping of Mr. Robert Mugabe ahead, on and after his birthday. Likewise, members of his party ZANU-PF are running around tirelessly planning for this year’s celebrations as the man turns 93 years.

As this happens my heart bleeds profusely, not because I am opposed to the celebration of birthdays but it is because of the manner and circumstances in which this birthday is celebrated.It is totally irresponsible for a man called a president to celebrate lavishly at a time when the generality of citizenry is facing unprecedented suffering.

I read that this year’s birthday bash is budgeted at not less than US$ 2,5 million. Considering the overabundance of challenges currently prevalent in our nation, splashing such huge amounts on one man’s birthday is both a misguided and misplaced priority which is deplorable and should be condemned in all terms.It is more horrendous to channel such amounts of money for the purposes of lavishly celebrating a birthday of Robert Mugabe, the same man who is presiding over the demise of the economy.

While ZANU-PF decides to spend the tax payers’ money on this event, it is shocking on how they have become so blind to the fact that genuine civil servants remain victims inconsistent pay dates. The pay dates have of late become an issue of guess work with words such as either today or tomorrow backed by excuses such as the government has no money. In some parastatals, employees have been reduced to slaves, going for years without salaries with the government remaining mum in addressing such regrettable circumstances.

On the other hand,we continue to witness countless students dropping out of school with each day as they cannot afford the exorbitant tuition fees which have shockingly become an unwanted hallmark of our education sector. The government sadly remain adamant in reintroducing students grants and loans albeit several loud calls from the students. Our Constitution guarantees the right to education but the government remains reluctant in investing in this fundamental right, instead they choose to massively invest in Mugabe’s birthday bash.

We continue to lose our beloved ones due to road carnages because our roads have turned into death traps due to potholes with the same government choosing not to invest in the repairs of our roads. Our hospitals are in a sorry state and again lives continue to be lost even on the simplest conditions that can be cured had it been the government is seriously investing in the health sector. Unemployment levels remain faithful in skyrocketing to alarming levels as companies are shutting down daily attributing to the harsh operational environment that the same government created through their investor unfriendly policies.

I do not understand how a sober thinking person with a conscience can celebrate a birthday while knowing that they sent guiltless Yvonne Musarurwa, Tungamirai Madzokere and Last Maingehama to prison on a politically motivated sentence. I still do not understand why they carry on to party while an innocent Pastor Mugadza is unjustly languishing behind bars, a manifestation of a compromised justice system. I still do not understand how Mr. Mugabe is going ahead to happily share a cake with his ZANU-PF family while the Dzamara family cannot be happy for almost 3 years following Itai Dzamara’s state sponsored abduction.

It is mind perplexing having these and other many challenges as unadulterated evidence that we are in a deep crisis yet Robert Mugabe and his cabal unashamedly go ahead to wine and dine instead of addressing pertinent issues confronting us as a nation. This ostracized decision by Robert Mugabe and his ZANU-PF to continue with their lavish bashamid deep national crisis is a clear indication of an irresponsible and callous government. As we approach 2018, I take this as a wakeup call to the nation to stand firm in voting out this kind of a government which disregards genuine issues yet prioritizing selfish interests.

Tererai Obey Sithole – Youth Leader and a Development Scholar
He writes in his own capacity and can be contacted via email: [email protected]