One of the most demonised patients in history – Gaetan Dugas – has been convincingly cleared of claims he spread HIV to the US, say scientists. 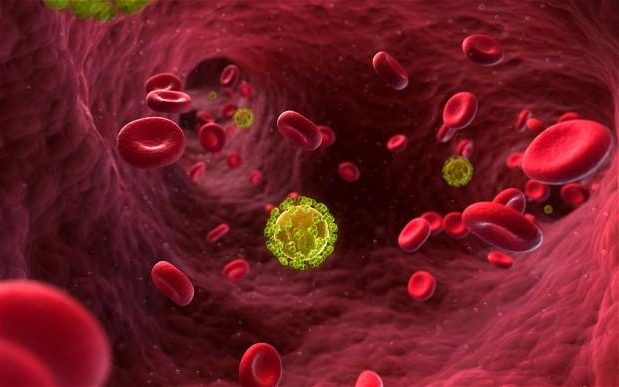 Mr Dugas, a homosexual flight attendant, gained legendary status in the history of HIV/Aids when he became known as Patient Zero.

But a study, in the journal Nature, showed he was just one of thousands of infected people in the 1970s.

It also showed New York was a crucial hub for the spread of the virus.

Aids only started to be recognised in 1981 when unusual symptoms started appearing in gay men.

But researchers were able to look further back in time by analysing stored blood samples, some of them containing HIV, from hepatitis trials in the 1970s.

The team at the University of Arizona developed a new method to reconstruct the genetic code of the virus in those patients.

And after screening 2,000 samples from New York and San Francisco, the researchers were able to get eight complete HIV genetic codes.

That gave scientists the information they needed to build HIV’s family tree and trace when it arrived in the US.

Dr Michael Worobey, one of the researchers, said: “The samples contain so much genetic diversity that they could not have originated in the late 1970s.

Like a failed paternity test, the results showed that the virus in his blood was not the “father” of the US epidemic.

Dr Richard McKay, a science historian at the University of Cambridge, said: “Gaetan Dugas is one of the most demonised patients in history and one of a long line of individuals and groups vilified in the belief that they somehow fuelled epidemics with malicious intent.”

The Air Canada employee was labelled Patient O (the letter, not the number) by the US Centres for Disease Control because he was a case “Out-of-California”.

Over time the O became a 0 and the term Patient Zero was born. It is still used to this day to describe the index case of an outbreak as with Ebola in west Africa.

Mr Dugas died in 1984, but was identified as Patient Zero in the book And the Band Played On.

The study also uncovered New York’s key role in the spread of the infection.

Kinshasa in the Democratic Republic of Congo was seen as the city that started the global pandemic. From there it spread to the Caribbean and the US around 1970.

Dr Worobey said: “In New York City, the virus encountered a population that was like dry tinder, causing the epidemic to burn hotter and faster and infecting enough people that it grabs the world’s attention for the first time.

“Just as Kinshasa was a key turning point for the pandemic virus as a whole, New York City looks like a turning point and acts as this hub from which the virus moves to the west coast and eventually to Western Europe, Australia, Japan, South America and all sorts of other places.”

Prof Oliver Pybus, from the University of Oxford, commented: “This new data helps confirm the picture of HIV’s origins in the US.

“It makes a very interesting point about Patient Zero, who has become a talking point in the origins of Aids, yet no matter how attractive a narrative it is, it doesn’t have any scientific basis and it’s really unfortunate that this person was identified.”