By Richard Muponde |Chronicle|
A suspected gold panner was allegedly killed and his body thrown onto a railway line where it was crushed by a train. 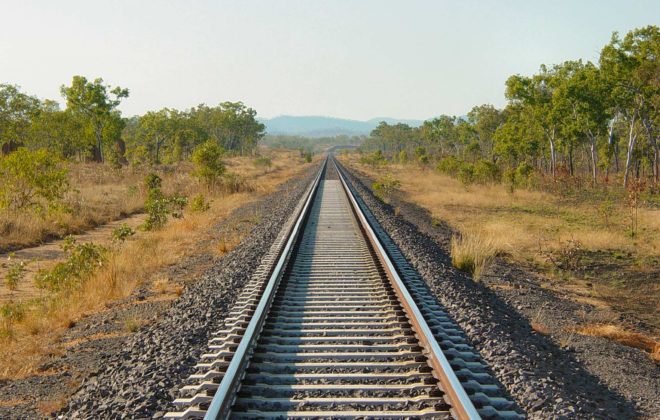 The body was found in two halves near the railway line in Colleen Bawn on Monday morning.

Sources said the unidentified man appeared to have been killed while coming from a beer drink.

They said the body may have been thrown onto the track to cover up for the offence.

“Police are investigating a murder case in which a body of a man believed to be in his 20s was found by a passerby on October 2 at around 6AM. The body was lying along the railway line with both legs cut, apparently by a goods train. The body had multiplies injuries.

“The informant advised the police who attended the scene and the body was conveyed to United Bulawayo Hospitals for a postmortem,” said Insp Ndebele.

He said the body is still unidentified because the person had no identification particulars.

“We are appealing to members of the public to come and identify the body. The person was putting on a pair of black trousers, blue T-Shirt, a scotch hat and black pair of tennis shoes,” said Insp Ndebele.

“Anyone with information can contact Detective Inspector Mugwizi on cell number 0774487947 or landline (084) 22820. I also urge members of the public to carry identification particulars for ease of identification in case of mishaps.”

Inspector Ndebele urged members of the public to shun violence in resolving disputes.

“Cases of violence are on the increase and people should seek counselling from the police, elders and churches if they meet challenges rather than resorting to violence. Violence actually leads to more problems and unnecessary loss of life,” he said.

The latest killing comes in the wake of 24 murder cases which were recorded in Gwanda District in the first quarter of the year. Most of the murders occurred at drinking spots.