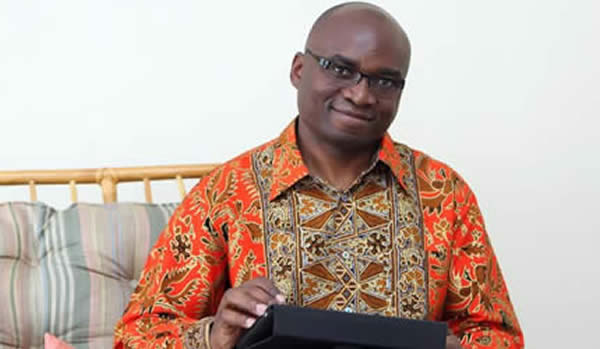 Businessman Nigel Chanakira’s Kingdom Bank Africa Limited (KBAL) assets are set to go under the hammer in Botswana, in a move described by analysts as a final nail to the entrepreneur’s crumbling empire.

KBAL, which had no resident depositors based in Botswana, was in May last year placed under liquidation due to insolvency after an audit uncovered an $18,7 million mismatch between assets and liabilities.

The financial institution’s liquidator, Max Marinelli, this week invited KBAL creditors and depositors to a second meeting to be held in Botswana on March 3, 2016 to approve the disposal of assets belonging to the company.

“In particular the building on Plot 115, unit 23, Kgale Mews, Gaborone, a motor vehicle and office equipment and furniture,” he said.

Jayesh Shah saved by prescription in US$1 million case

This comes after the bank’s creditors declined to give the liquidator autonomous authority to sell the assets of the defunct offshore organisation.

In a seven-hour long heated meeting in November last year, creditors refused to adopt resolutions that would have authorised Marinelli to execute the liquidation, beginning with the sale of the KBAL headquarters in Gaborone.

According to the Company’s Act, a liquidator is only empowered to execute his duties by a set of resolutions adopted from a full creditors’ meeting.

The KBAL creditors instead, proposed to form a steering committee that would work hand in glove with the liquidator and jointly approve the sale of any assets.

Among some of KBAL assets to be liquidated include KBAL building in Kgale Mews, telecommunications equipment in Harare plus a $11 million loan book, whose recoverability is truncated by geographical challenges as well as Zimbabwe’s depressed economic landscape.

According to the balance sheet compiled by Marinelli in May 2015, KBAL had liabilities to the amount of  $19,1 million.

On the other side of the balance sheet, the bank owns assets worth a mere $2,4 million with the bulk of that money in the form of advances to customers amounting to $1,8 million.

On the best-case scenario, Marinelli, however, estimated that the recovery rate can rise to 27 percent as the recoverability of the advances to customers and assets held offshore cannot be fully ascertained at present.

Information at hand shows that KBAL’s liquidity and solvency matters largely stem from a shareholder dispute at its parent company in Harare, which resulted in the offshore bank losing  $17 million in near-cash financial instruments invested in the holding company, Kingdom Financial Holdings Limited (KFHL).

KBAL was registered in Botswana in 2003 with KFHL, as its parent company and technical partner.

KFHL would later enter into a partnership with Mauritius-based AfrAsia, but the business later ran into financial difficulties resulting in a separation between Chanakira and AfrAsia.

The $17 million investment made by KBAL in KFHL could not be retrieved due to liquidity constraints in Zimbabwe, resulting in the shareholders agreeing to swap assets.

Chanakira was thus bought out of KFHL through 100 percent ownership in KBAL as well as some telecommunications equipment owned by the banking group.

The equipment which KBAL estimates to be worth $10 million has however been written down to zero value by the temporary managers or $1 million in the best-case recoverability scenario.

The liquidators have also written down KBAL’s loans and advances to customers worth $11,6 million to $1,7 million due to recoverability uncertainties. Daily News

Jayesh Shah saved by prescription in US$1 million case

Of fugitive lifestyles, proudly uneducated leaders …and all