Zimbabwe had $217 left in the bank 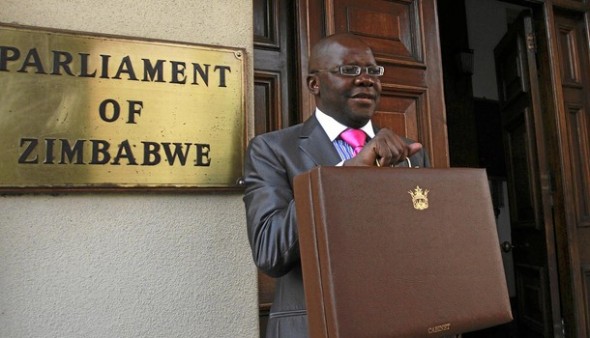 HARARE – Zimbabwe’s Finance Minister Tendai Biti has said that the country only had $217 (£138) left in its public account last week after paying civil servants. However, he said that the following day some $30m of revenue had been paid in.

Mr Biti told the BBC he made the revelation in order to emphasise that the government was unable to finance elections, not that it was insolvent. Polls are due this year, with President Robert Mugabe’s Zanu-PF fighting Mr Biti’s Movement for Democratic Change.

Mr Biti has previously complained that diamond mining companies have not been paying revenues to the government. The power-sharing government set up in 2009 ended years of hyperinflation by using the US dollar, but the economy remains fragile.

Chaos inside Parliament as CCC MPs bulldoze inside wearing…

Mr Biti told the BBC’s Focus on Africa radio programme that his statement had been deliberately taken out of context.

“You journalists are mischievous and malicious – the point I was making was that the Zimbabwean government doesn’t have the funds to finance the election, to finance the referendum,” he said.

“To dramatise the point, I simply made a passing reference metaphorically that when we paid civil servants last week on Thursday we were left with $217… but even the following day we had $30m in our account.”

Zimbabwe needs nearly $200m (£127m) to pay for a referendum on a new constitution, as well as the election. The government-run Herald newspaper says Mr Biti and Justice Minister Patrick Chinamasa have been given the task of sourcing this money from donors.

Analysts say the power-sharing government has achieved some economic stability. However, high levels of unemployment mean the country’s tax and revenue base remains extremely low.

“We’re in a challenging position, we’re a small economy and we’ve got huge things to be done but… the minister for finance of Greece has an even worse story,” Mr Biti told the BBC.