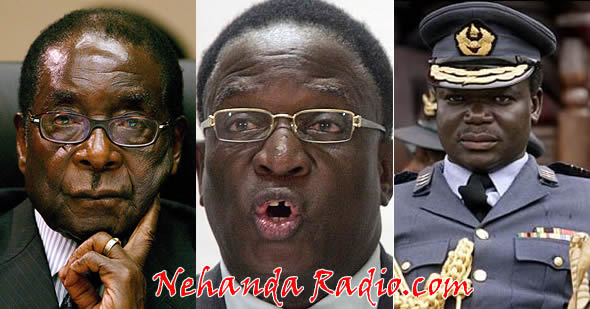 Super ZAPU was the group of South African backed dissidents, which operated in Southern Matabeleland from late 1982 until mid-1984.

Super ZAPU consisted of probably fewer than 100 members who were actually actively deployed in Zimbabwe. They were largely recruited from refugee camps and led by ex-ZIPRA members, who had been retrained in South Africa, in the covert operation known as Operation Drama.

A Zimbabwean Government briefing paper on the situation in 1983 conceded “the recent efforts of the Fifth Brigade in Matabeleland have offered the South Africans another highly motivated dissident movement on a plate”.

Some sources claim that it was once again Matt Calloway, an ex-member of the Rhodesian CIO who acted as a double agent for the South Africans, who was a key player in the campaign to recruit from Dukwe Refugee camp in Botswana.

While they operated, South Africa provided ammunition for Super ZAPU, and some of this found its way to other dissident groups in the country: arms and ammunition used by dissidents frequently indicated South Africa as the source of origin, particularly during 1983. Super ZAPU were also directly responsible for the deaths of white farmers in southern Matabeleland, during their time of operation.

However, other dissident groups treated them with suspicion because of their South African link. “We said we don’t want to be UNITA”, was the comment of one ex-dissident, who saw a connection between Super ZAPU and South Africa’s involvement in the civil war in Angola.

Loyalty to ZAPU ideals by local dissidents contributed to the fact that Super ZAPU was comparatively short-lived. By mid-1984 Super ZAPU was collapsing, partly as a result of clashes with other dissident groups, and also because of official military response and complaints to South Africa from the Zimbabwean Government.

Apart from its role as a destabilising force, Super ZAPU probably also played a minor anti-ANC role. Since the 1960s the ANC had used Matabeleland as one entry point to South Africa, and placing Super ZAPU in Matabeleland would have helped provide a buffer zone against their infiltration.

While some sources contend that Super ZAPU had a brief revival in 1985, evidence in support of this is not well substantiated.

The ex-ZIPRA dissidents could be characterised as being motivated, in 1980, by political disgruntlement, and by 1982, mostly by the desire to escape persecution. Super ZAPU were those who sought to destabilise the country at South Africa’s behest.

There were also dissidents who were not ex-ZIPRA, although they might have had similar motives. Those fleeing persecution included not only ex-ZIPRA soldiers, but other 5 Brigade target groups such as ex-refugees and ZAPU youth. Most of these became refugees in Botswana, but some joined groups of dissidents.

A few others who became dissidents were motivated by revenge, especially in the wake of the “Gukurahundi”, or 5 Brigade massacres.

Some were criminals capitalising on the situation, to rob and plunder. These dissidents were not necessarily ex-ZIPRA members, and it is possible that some of these did not surrender at the Amnesty.

There was a final group of what has been referred to as “pseudo dissidents”, including the gang led by Gayigusu in Matabeleland South, which was responsible for the murder of 16 missionaries in November 1987.

This gang was allegedly the personal “hit squad” of politically powerful ZANU PF officials in this part of the country. They were summoned by local squatters engaged in a land dispute with the missionaries who were trying to evict them. Sixteen men, women and children were axed to death.

It is difficult to estimate numbers of those who were perhaps more correctly criminals than dissidents, particularly as it seemed to suit Government statistics to attribute every armed robbery in Matabeleland during the 1980s to dissidents, while such events were attributed to criminals when they occurred elsewhere in the country. (See comments on The Chronicle in section on Data Sources).

However, after the Amnesty in March 1988, the official position became reversed at times: the Government no longer wished to view certain crimes which had at the time been called “dissident”, as the work of dissidents. The trial of a man who allegedly murdered two German tourists in 1987 is an example of this policy reversal.

While the crime was referred to as the work of dissidents at the time, and the accused considered himself to be a dissident, and therefore exempt from sentencing under the terms of the Amnesty, the State urged that he be viewed and sentenced as an ordinary criminal.

He was in fact found guilty of criminal rather than dissident activity and sentenced to death accordingly.

This was a heinous crime, but there was no evidence of theft. The ambush was clearly an act of terror, and others who committed similar crimes went free, such as Gayigusu who headed a gang responsible for murdering 16 missionaries in Nov 1987.

This case serves merely to illustrate the way in which officialdom would use or abandon the label “dissident”, depending what suited their purposes at the time.