Wife of Zanu PF boss slept with another man 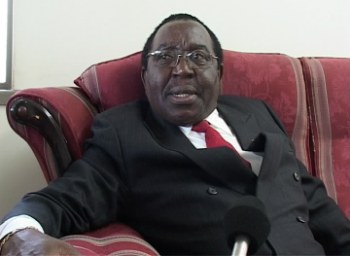 HARARE – Simon Khaya Moyo, the Zanu PF chairperson, says he is divorcing his wife of more than 30 years because she is bedding another man. Khaya Moyo, who has kept his divorce with estranged wife Sibonokuhle Getrude Moyo away from public scrutiny, bares his soul in court papers.

He says his union to Getrude is broken beyond repair because of “infidelity” among other reasons. Khaya Moyo, who is in the top four of Zanu PF’s power setup, married Getrude at independence in 1980 and they have two adult children.

The Zanu PF boss, at one time went ballistic after our sister paper, the Daily News, asked him to comment on the divorce proceedings. The two have agreed to a settlement, probably to avoid a public fall out. But the Daily News on Sunday is in possession of the divorce papers and the contents are nasty.

“The marriage between the parties has irretrievably broken down to such an extent that there are no reasonable prospects for the restoration of a normal marriage relationship more particularly in that, there is no more love and affection between the parties.

“There are no conjugal rights enjoyed between the parties,” Khaya Moyo says in divorce papers. However, it is the revelation of adultery that makes the divorce juicier. “The defendant (Gertrude) has committed infidelity with another man,” Khaya Moyo reveals in the court papers.

The two have two houses, one in Bulawayo and another in Harare as well as a farm in Bulawayo boasting 150 herd of cattle.

A bitter Khaya Moyo says he is willing to surrender the farm and a house in Bulawayo’s Selbourne suburb on condition that Gertrude stays at the house without remarrying or co-habitating with another man. Khaya Moyo, who is the plaintiff in the case, has agreed to a settlement that might save him from public humiliation.

“For the defendant Edenvale farm, Mangwe District together with 150 head of cattle and all farm implements. Number 14406 Inkakha Circle, Selbourne, Park Bulawayo to be donated to the parties’ second son, Langa Mandlenkhosi Khaya Moyo and defendant shall have and enjoy a lifetime on the house which shall fall away in the event of defendant’s death, remarriage or co-habitation,” asserts Khaya Moyo.

The ex-diplomat also says he cannot pay maintenance to Getrude since their two sons are now adults.