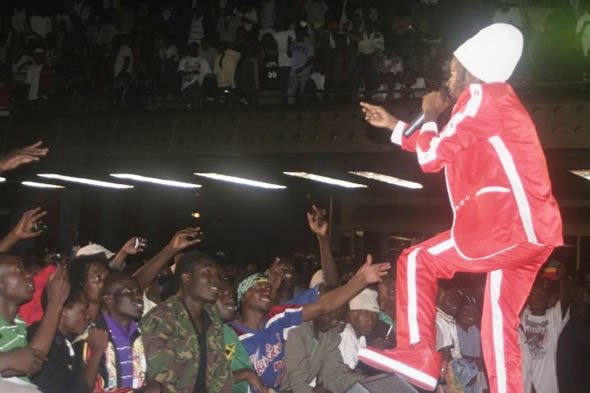 The Africa-wide reality show will this weekend be graced by Zimbabwean musician Winky D who will perform at this weekend’s eviction show. DJ Davies Mugadza of Power FM will give the Zimbabwean music flavour a boost next week when he drop-party beats for housemates on Saturday, July 21.

The appearance of the two Zimbabweans could be an ingenious way by MultiChoice to try and woo back Zimbabwean viewers who have somehow lost interest in the show following the unceremonious exit of Roki and Maneta after a physical altercation.

The reality show had become generally drab for Zimbabwean viewers without any local representatives. Elizabeth Dziva, public relations manager of MultiChoice Zimbabwe sought to downplay the effects of a show without a Zimbabwean representative saying the show was still very popular in Zimbabwe.

She said the performance by Winky D and Mugadza was meant to promote African entertainers.

Dziva said in a statement, “In keeping with its goal of promoting African entertainers, Big Brother StarGame will this Sunday 16 July feature Zimbabwe’s biggest reggae-dancehall artiste performer, Winky D in the Eviction show screened live on DStv Channel 198 at 8pm.”

“We are excited to see Zimbabwean artistes being promoted on Big Brother StarGame, a show that reaches across Africa and gives a wonderful platform on which to showcase this exceptional local talent to a wide international audience,” said Dziva.

Mugadza, one of Zimbabwe’s best DJs working for the state broadcaster Zimbabwe Broadcasting Corporation’s (ZBC) Power FM will rock the Big Brother house on Saturday, July 21, and will again drop the beats at the live eviction show on Sunday the 22nd.

Mugadza told the Daily News that he is excited to perform at such a big platform. “I am the first Zimbabwean DJ to play in the house. I will drop beats for an hour for the housemates on Saturday and also on the eviction night,” he said.

Mugadza a seasoned broadcaster who is believed to be DJ Zobha in Zimbabwe said he is carefully compiling his play list for his debut Big Brother performance. “I will obviously play Roki and other Zimbabwean artistes but my focus will be on African music.”

“D Jaying is an art that involves mixing music without talking. A DJ is supposed to mix the music in such a way that it flows and bring out the right beat. I will make the housemates and Africa dance,” he said.

Winky D was not immediately available for comment as his manager Jonathan Banda said he wanted to obtain clearance first from Multichoice before allowing the Wakasara hitmaker to speak.