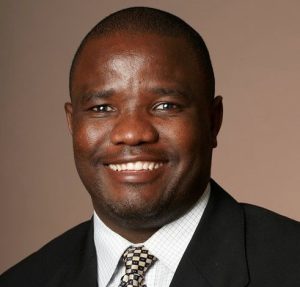 Calls to have by-elections in the 28 vacant parliamentary and senatorial seats before the general elections in Zimbabwe being advanced by organic intellectuals in Zanu PF led by Jonathan Moyo  need to be interrogated in the bigger scheme of things, and the broader underlying trends and electoral stratagems of the regime.

The critical role of such intellectuals locally is to advance the position of the ruling class facing collapse, barring the use of systematic violence, intimidation and coercion.

What these Zanu PF regime intellectuals and their handlers fail to appreciate is the argument that of all different types of regimes that have emerged in the course of history — from monarchies and aristocracies to religious theocracies, to fascist and communist dictatorships — thus far the only form of government that has survived intact has been liberal democracy, notwithstanding its imperfections.

Democratic theorists such as Francis Fukuyama further argue that for a large part of the world there is currently no ideology with the pretentions to universality that is in a position to challenge liberal democracy, and no universal principle of legitimacy other than the sovereignty of the people.

Respect for the sovereign will of the people that is exercised through credible electoral processes and outcomes should be the guiding principle in resolving the current problems in Zimbabwe. The current transitional arrangement in Zimbabwe must be seized with such ideas.

However, the call to have by-elections by Zanu PF hardliners is an attempt to defy the socialisation of human rights and democratic reforms in our body politic ahead of the general elections. It is also any attempt by the regime’s criminal cabal to test some of its strategies ahead of decisive elections.

During the course of the inclusive government which came after Zanu PF’s historic electoral defeat in rural and urban areas during the March 2008 polls, as well as the first presidential poll loss by President Robert Mugabe since Independence in 1980, the regime has been re-aligning its strategies and tactics ahead of the next elections.

At the level of political method, the organic intellectuals in Zanu PF working with the coercive elements in the security establishment would want to gauge whether the use of violence would produce the results as it did in the June 2008 presidential election run-off. Never mind the illegitimacy of that electoral sham that brought about Mugabe’s disputed victory.

Ahead of elections in which the regime knows only too well that it has little chance of winning if polls were to be free and fair, a method should be devised to win by hook or crook. The by-elections would be a testing ground for those coercive or fraudulent methods.

There is political precedence and empirical evidence to back this. Ahead of the June 2000 elections, Zimbabwe held a constitutional referendum in February 2 000 in which the combined forces of the political opposition and civic groups under the National Constitutional Assembly (NCA) defeated the Justice Godfrey Chidyausiku-led Constitutional Commission’s draft promoted, wholly or at least in part, by Zanu PF, although it must be said some in the party also sabotaged the process.

After that defeat, the first for Zanu PF in a national plebiscite, Mugabe postponed the elections that were meant for March 2000 to June 2000 and all hell broke loose in both rural and urban Zimbabwe as the regime sought to regain lost ground through violence sanctioned and funded by the state, and led by the security apparatus.

However, even then the margin of victory for Zanu PF in the June poll was very narrow. Zanu PF got 62 seats, the MDC 57, while Zanu (Ndonga) led by the late veteran nationalist Reverend Ndabaningi Sithole got one in a national assembly of 150 elected MPs.

Analysing Zanu PF’s narrow victory, the late academic and political scientist Professor Masipula Sithole said the “margin of terror” made the difference. The same could be argued in the 2008 elections. The regime resorted to its tried and tested method — the margin of terror, not error!

After Mugabe lost to Prime Minister Morgan Tsvangirai in the first round of the March 2008 presidential poll, he unleashed violence to retain power. Interestingly both violent elections in 2000 and 2008 were run in June. It would not be surprising to hear the criminal cabal in Zanu PF calling for elections in the same month for psychological reasons this year.

The other bigger picture that the Zanu PF organic intellectuals and political strategists have in mind is to test the resolve of Sadc and the AU — the guarantors of the Global Political Agreement — ahead of the main elections.

A muted response by Sadc, AU and the rest of the international community to electoral malpractices and resistance to reform will encourage Zanu PF to rig the next elections and even use violence. This could explain the resurgence of vigilante groups such as Chipangano.

Going to a critical poll without this empirical understanding and experience would surprise the regime as was the case in March 2008 when they woke up to an electoral defeat at all levels of governance, and had to resort to stone-age political methods to remain in power. The regime could also use this opportunity to see how the MDC formations perform and whether their involvement in government has boosted their chances of victory or not.

This sounds a plausible argument given a situation where Zanu PF and the MDC formations could be supporting the constitutional referendum together against civic opponents of the negotiated document whose sponsors are claiming it was people-driven when it was not.

It could also be a way to judge whether misguided policies of the regime such as the indigenisation policy gradually becoming a Zanufication of the economy through expropriation more than anything else, have national appeal.

It has been argued that for the last decade Zanu PF has invested heavily in recruiting organic intellectuals to articulate and mobilise support through its vote-catching projects such as the land reform programme and indigenisation.

This is one aspect on which the MDC formations have been outfoxed by Zanu PF. However, despite all this Mugabe and his party lost the last elections and are likely to lose again.