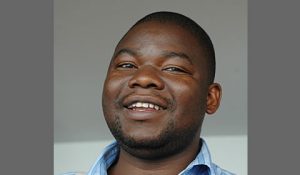 The power-sharing government between Zanu PF and the MDC parties has failed to pursue any meaningful democratic reforms since it was formed three years ago.

This coalition has performed dismally on media reforms as it failed to introduce far-reaching changes on the media landscape, break up Zanu PF’s monopoly of the airwaves or bring the repression of journalists to an end.

Recent threats by the Zimbabwe Media Commission (ZMC) to confiscate and ban unregistered foreign newspapers using security forces should be viewed in this context.

Taken together with the failure to adopt meaningful political reforms, it becomes apparent there is a clear and present danger of broad democratic reversal as Zanu PF becomes more determined to maintain a vice-like grip on the airwaves to halt its political decline and implosion ahead of the next elections.

Control of the media is now even more critical to Zanu PF’s survival strategy. Without reforms it would be difficult to ensure a smooth transition from dictatorship to democracy. The problem is that of unreformed state institutions that remain partisan and serving Zanu PF interests.

These fears were later captured and crystallised by Prime Minister Morgan Tsvangirai himself when he complained about what he described as “residual dictatorship”.

The threat to Zimbabwe’s transitional process is largely posed by these state institutions and public officials, including permanent secretaries and other Zanu PF loyalists who continue to resist change and cling to their old ways instead of embracing more civic and consociational politics guided by inclusivity.

In this context, Zanu PF will not easily give up its monopoly on the airwaves because radio and television represent major instruments for disseminating and reinforcing the party’s hegemonic perspective. The partisan exploitation or even abuse of the state media has created some semblance of a party in charge and which still enjoys people’s support, even though such mediated reality does not reflect the situation on the ground.

This drama on ZBC radio and television comes from the Zanu PF regime’s ideologues who are always roped in by ZBC as news sources, political, economic and social commentators. Some of these ideologues include the likes of Vimbai Chivaura, Tafataona Mahoso, Isheunesu Mpepereki, Maxwell Hove, Goodson Nguni, Gabriel Chaibva and Jonathan Moyo.

Despite their views being almost always out of sync with what is happening on the ground and the popular mood, these commentators are often given acres of space in print or long slots on the airwaves to push crude Zanu PF propaganda packaged as “analysis”.

The broadcasting media environment in Zimbabwe largely mirrors the repressive Rhodesian media system. At Independence in 1980, the then Zanu inherited a media system that was designed to serve the interests of the minority Rhodesian Front (RF) government.

In Rhodesia, an alternative media which sought to provide a platform for blacks and liberal whites was closed under the Law and Order (Maintenance) Act of 1960 and other security laws. Ironically, this law was to be inherited by the Zanu PF government and used harshly against black Zimbabweans.

The Rhodesian state-controlled what news and issues the Rhodesian Broadcasting Corporation (RBC) could broadcast to the public through the Information ministry at one time run by the notorious PK van der Byl, at some point also Foreign Affairs and Defence minister.

This legacy of state-control of radio and television broadcasting, supported by repressive legislation, has persisted in post-independent Zimbabwe under the inclusive government. In Rhodesia, the media served the interests of the minority government and this was demonstrated not only in programming but also the targeted audience, mission, content and management of news.

The appointment of RF political party functionaries to key positions in the state media and the vilification of certain groups which do not agree with the ideology and views of the ruling elite is now synonymous with Zanu PF rule. In the 1970s, RBC vilified the Zanla and Zipra guerilla armies through radio and television broadcasting, portraying the nationalists as “communist terrorists” and a threat to “Christian civilisation” and the “Rhodesian way of life”.

The voice of African nationalists was choked and black opposition was obliterated from television completely while some of the nationalist leaders were driven into exile. Despite this repression, the liberation movement created alternative communicative platforms to air their grievances and communicate with the masses.

Zanu thus had the Voice of Zimbabwe, Zapu Voice of the Revolution and independent broadcasts by the British Broadcasting Corporation (BBC), Radio Netherlands, Radio Moscow and the Voice of America (VOA) became key in helping the liberation movement to reach the masses during the 1970s.

Since 1980, public broadcasting has exclusively served the interests of Zanu PF, not the public. During the early 1980s ZBC was at the forefront of denigrating liberation icon Joshua Nkomo and the Zapu leadership, just like they are doing to Prime Minister Tsvangirai and the MDC, two decades later.

Tracing these footsteps and the history of state-owned broadcasting in Zimbabwe is important to understand how Zanu PF has kept the same hegemonic media system it fought against during the war of liberation.

In 1980, the new Zanu PF government inherited a repressive media system and appointed political party functionaries, some of whom had worked for Zanu’s Voice of Zimbabwe in Mozambique, to key positions at the state broadcaster. This lies at heart of the rot at ZBC.

As a result of this approach, state control of the media has persisted in Zimbabwe, three decades after independence. It is thus fair to conclude there has been the “Zanufication” of the media rather than its democratisation in the past three decades.

On the electronic front, Zanu PF is not willing to give up its monopoly of the airwaves, moreso as it faces a watershed election which threatens to consign the party to the dustbin of history. The ongoing issuing of new broadcasting licences to pro-Zanu PF companies and individuals is just a ploy designed to maintain monopoly of the airwaves by default. In reality nothing has changed.

Pasirayi is a PhD candidate at the Department of International Development, University of Oxford, UK. He can be contacted at: phillip.pasirayi@sant.ox.ac.uk

We will never trust her with our balls again