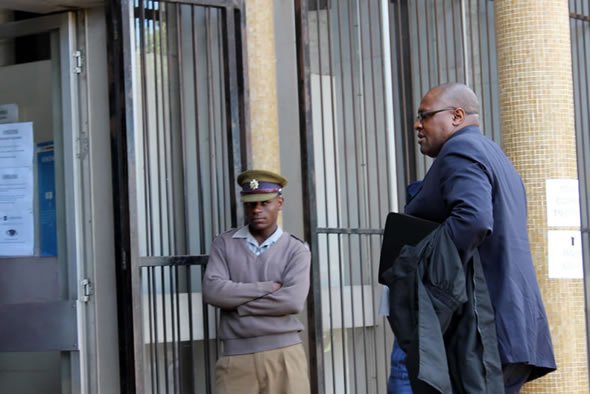 HARARE – Controversy surrounding the death of the late General Solomon Mujuru is expected to rage on despite the findings of an official inquest suggesting that the intense speculation is entirely misplaced.

Despite strong suspicions to the contrary by the family and many of the late liberation hero’s followers, Harare Magistrate Walter Chikwanha has ruled out foul play in Mujuru’s much-debated death in a fierce fire at his Beatrice farm last August.

A copy of Chikwanha’s much-awaited findings seen by the Daily News yesterday concludes that Mujuru’s death was probably caused by carbonisation — caused by the inhaling of smoke which leads to choking.

The findings followed a 13-day-long public inquest held at Harare Magistrates’ Courts in January, to determine the cause of the late general’s death.

According to the report which was handed over to Attorney General Johannes Tomana by Chikwanha on Thursday, the former Zanu PF “king maker” — as Mujuru was popularly known — the retired general succumbed to “heavy carbonisation” that engulfed his Beatrice house last August.

Members of the Mujuru family hoped to use the inquest to find out how exactly the famed soldier died. After evidence presented in court, the family had been largely left with the impression that Mujuru may have been murdered.

“Despite highly held speculation and suspicion from the public and close relatives… there is no evidence presented to the court to prove to the contrary,” reads part of Chikwanha’s findings.

Chikwanha reached this conclusion after considering evidence that was presented in court by Gabriel Alvero, a Cuban pathologist who conducted an autopsy on the body of the late general at One Commando Barracks.

The magistrate heaped praise on Alvero in his report, saying he did an excellent job considering the state in which Mujuru’s body was in after the fire that gutted his Beatrice farmhouse.

He said that Alvero did extra work to examine other parts of the body to see if there were any external injuries. During the inquest, Mujuru family lawyer Thakor Kewada exposed Alvero as not being registered with the local medical council when he conducted the autopsy.

The doctor himself contradicted himself in court by using two different names and was only registered in October — two months after he had conducted the Mujuru autopsy, according to Kewada during the inquest.

But Chikwanha, in his report, challenged Kewada to prove the claims that Alvero was not a registered medical practitioner at the time.

According to sources, the Mujuru family is said to be contemplating approaching the government for a second autopsy to be carried out which could mean an exhumation of the late army commander’s body.

Mujuru is buried at the National Heroes Acre.

Kewada refused to be drawn into discussing the details of the report yesterday saying he had not yet shared the contents of the report with the Mujuru family, particularly Vice President Joice Mujuru who flew out of the country yesterday on government business.

Sources, however, said the family wants a second autopsy to be carried out to get a second thought. Daily News

Betty criticises Plaxedes over Kereke US$1800