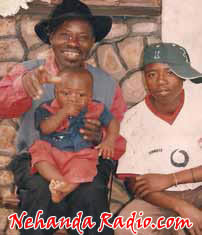 Two ZANU PF activists, suspected of killing MDC-T official Cephas Magura in Mudzi two months ago, have died within two days of each other.

Eric Katiza, one of seven youths arrested over the murder, collapsed and died while on remand, inside Mutoko Prison last week Tuesday. His uncle Tangwe Chionerwa, also implicated in Magura’s death, later collapsed and died at the funeral.

Kubvoruno Choga, the district spokesman for the MDC-T in Mudzi North, told SW Radio Africa: “We really suspect that he (Katiza) died because of what we call in Shona ‘ngozi’.” When Chionerwa died at Katiza’s funeral, the talk in the community was that this was ‘ngozi’.

In Shona custom it’s believed ngozi is an avenging spirit, a spiritual agent, and one of the most dreaded sources of misfortune and death. Writer Tabona Shoko best describes it as, “the spirit of a person whose death came as a result of foul play or who has been wronged and dies harbouring feelings of being mistreated.”

In May Kachepa’s pick up truck and Katsande’s Mazda T3500 truck were used to ferry a group of over 300 ZANU PF supporters who advanced on a gathering of 70 MDC-T supporters who were having a rally at Chimukoko Business Centre. The skirmishes resulted in the death of MDC-T official Cephas Magura.

According to the testimony of a young boy herding cattle at the time, Magura was hit with a stone by the ZANU PF gang, who continued to assault him as he lay on the ground. He was then dragged to the roadside and left for dead. Seven other MDC-T activists were injured and treated at the Avenues Clinic in Harare.

While many in the community believe the deaths of the suspected killers are related to Ngozi, Kachepa the MP said Katiza “was already sick from elephantiasis and we suspect that is what he died from. We are worried that he was incarcerated and they have been denied bail despite the fact that he was sick.”

Mujuru’s estate valued at US$9 Billion