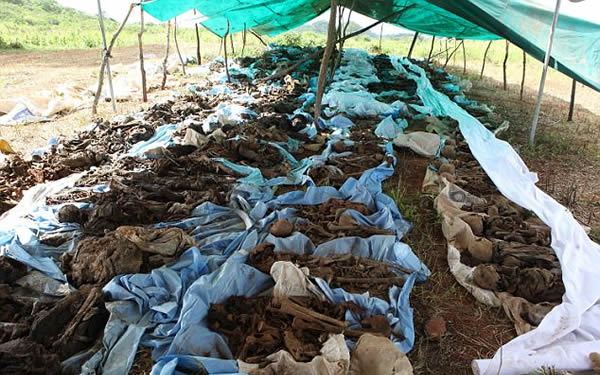 Hundreds of bodies found in a mass grave in Zimbabwe may never be identified unless professional forensic experts carry out the exhumations, Amnesty International warned today.

Bodies recently discovered in the Mount Darwin area in northern Zimbabwe, have been shown on Zimbabwean television being bundled into plastic bags and old sacks to await re-burial increasing the risk that evidence of serious human violations could be lost.

“This is a crime scene and exhumations require professional forensic expertise to enable adequate identification, determination of cause of death and criminal investigations,” said Michelle Kagari, Amnesty International’s deputy director for Africa.

”Families of the victims expect the bodies to be identified and to be given decent burials in line with traditional and religious practice.  As such, these bodies cannot simply be consigned to history without proper forensic tests to determine who they are and how and why they died.”

In early March 2011, the state-run Zimbabwe Broadcasting Corporation Television (ZBC-TV) reported the exhumations of hundreds of bodies from a site in Monkey William Mine/Chibondo Mine in Mt. Darwin district.

ZBC-TV claimed the bodies are those of people killed by the Rhodesian forces in the 1970s during the country’s war of independence. Exhumations were initially carried out by members of the Fallen Heroes Trust, a group linked to President Robert Mugabe’s ZANU-PF party, before government officials took over.

On 27 March, the co-Minister of Home Affairs Mr Kembo Mohadi told ZBC-TV that the government was taking over the exhumations from the Fallen Heroes Trust.  However, given the scale of human remains discovered so far and the failings of the government to immediately secure the site, Amnesty International is concerned that international best practice on exhumations is not being adhered to.

“The Zimbabwe government must ensure that exhumations are professionally conducted according to international standards to properly establish cause of death, ensure proper identification and, where possible, to return remains to family members,” said Michelle Kagari.

”If the Zimbabwe government does not have the capacity to undertake these exhumations properly it must ask for international co-operation and assistance to ensure that forensic experts can undertake the exhumations.”

Mishandling of these mass graves has serious implications on potential exhumations of other sites in Zimbabwe. Thousands of civilians were also killed in Matabeleland and Midlands provinces in the mid 1980s and are allegedly buried in mine shafts and mass graves in these regions.