Dozens of people from Harare and Bulawayo were duped of cash amounting to nearly US$50 000 by a car dealer based in Bulawayo. Musa Mel Ngoni Nziramasanga, lied that he was importing cars for more than 10 people charging various amounts of money before fleeing with the cash.

His phone is off and he deleted all his social media accounts.

His victims, upon realising they had been duped made police reports and formed a WhatsApp group to share notes. They realised he used the same modus operandi.

“Good day, my name is Tinashe and I was duped by Musa. I am in South Africa myself, my money which I sent to Zimbabwe for the purchase of a Honda Fit 2011 was collected by Musa on the 21st of May 2021.

“I did not know Musa, we were connected through a former school colleague. 3000usd was handed over to him. He went and collected the money at home and prepared a receipt with the SBT name and address on it. We were informed that the car had been purchased and was stuck at the garage in Messina as we were awaiting an import licence to be prepared.

Weeks passed and we lost our patience and demanded that the money be returned to us. He informed me that he was going to Messina to sell the car and bring back the money.

“I then requested to see the documents for the car as well as the pictures. I even demanded to meet up with him in Messina so I can see the car. He told me he would send the pictures and documents in 30 minutes. Till this day his number has never been reachable.

“The colleague who had linked us to Musa then went to the SBT offices and that’s when he was told that Musa had run away. That’s when we realised that no car was bought, neither were there any import licenses being prepared,” narrated one of the victims.

Another victim identified as Cee said she got to know Musa through his girlfriend.

“I saw a flier posted by his girlfriend and went to the office as I thought it was the same SBT like the one in Harare. We agreed I gave him 4000usd and the car was supposed to come in March .

“In March he then said the duty we had not calculated well and he kept saying next week , in two weeks time . He then said there was now an import license needed and it took a month and he said it was now out . I then started to push for proof of purchase and he started saying he is Beitbridge till he said he was refunding me on the 26th and we were to meet on the 28th and the phone was off on the day and I went to the office and realized I was duped,” said Cee.

Another duped lady, Thandiwe, said she met him through a friend’s cousin and knew people who had imported cars through him before.
“He was my friend’s brother, so long back he had told me how he works for SBT and if I ever needed to import a car he would help. He had imported for other people I knew so I had no reason to not trust that he would deliver.

“I told him that my money was ready, he came down to Harare and collected in total all of it $2K, he said the rest would be needed for duty. He said the car would arrive in Durban a month later month turned into two months and since I had dealt with him before I just didn’t have any red flags, I then asked him and he spoke of the import license but said it wouldn’t take more than a week.

“I agreed, the week passed, Musa then said he is on his way to Beitbridge to clear the car, that’s the last time I spoke to him, his phone was now off. That’s when I got his fathers number and they also said he was missing till I sent someone to Sbt Bulawayo and that’s when I found out I had been duped through his workmate.

“I have been posting the poster and spreading it to people in Cape Town hoping someone comes across him. This was a huge setback, I just can’t believe it honestly,” she said.

A handful of other people who spoke to H-Metro had similar stories with different figures.

A work colleague who worked with Musa in the SBT offices said Musa stopped working for SBT a long time ago.

“Musa was discharged as an employee of SBT in 2017 hence he became an independent contractor. SBT does not issue any receipts since it is not a cash office.

“Musa was an independent agent who we shared an office with. He had his own set of clients and he used to deliver all cars in the time that we shared office space. I got to find out of the fraudulent cases that Musa had been doing only after Cee came to the office looking for Musa.

“I then got to ask her what transpired and she explained, she had said she made initial payment in December for the import and showed me a contract that was made between Musa and her. I further looked into it and then also advised that normal import takes a period of 6 weeks. After our conversation we finally noticed that Musa had duped her. 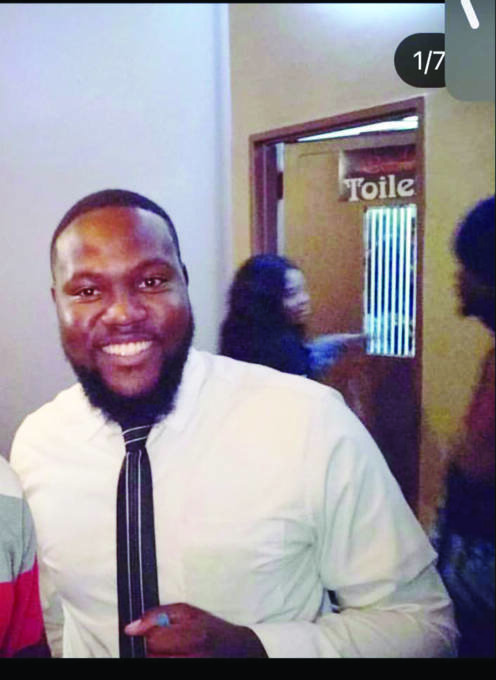 “After her as the first victim we then got to uncover more clients who were defrauded by Musa hence this got me to suggest people can all form a group so that experiences are shared and mutual effort be made so that Musa can be caught. A group was opened by Thandiwe and we all managed to join in so that efforts are made collectively to push to get reimbursement or catch Musa.

“I noticed that he had a trend of collecting money from people who trusted him at their homes and also places of work so that no one would notice his transactions. He had a flier of his own as he was independent and he also had contracts that he gave a few individuals which we uncovered.

“These contracts were fraudulent and also the lawyers mentioned on the documents had no idea of this individual’s doing. Musa issued invoices as receipts and unlawfully used the stamp of the company I work for,” said the man identified as Albert.

Musa is believed to be in South Africa and the police are interested in all information leading to his whereabouts. The victims are willing to offer a reward to whoever provides information about Musa’s whereabouts.
His family and girlfriend claim t have no idea where he could be. H-Metro