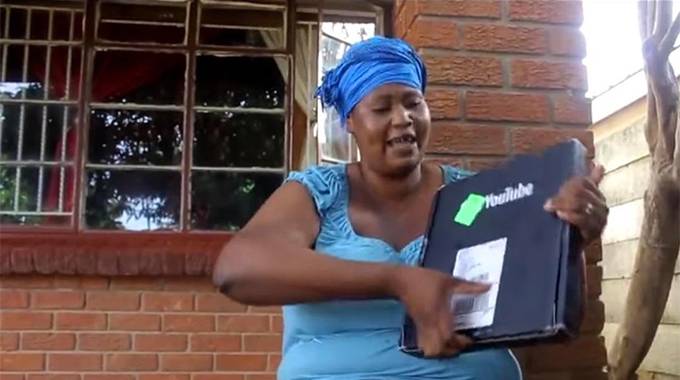 Speaking on behalf of the team, Chapungu, who posted a video on social media, thanked their fans for supporting and confirming the latest development.

She showed fans the plaque before reading the confirmation letter from the YouTube officials.

“Thank you so much for supporting us and subscribing to the social media site. We received the award and we have the plaque now with us,” she said.

It is said that when a verified YouTube channel reaches a specific milestone and is deemed eligible for a YouTube Creator Reward, they are awarded a relatively flat trophy in a metal casing with a YouTube play button symbol.

The trophies are of different sizes each button and plaque gets progressively bigger with the channel’s subscriber count. The Herald