Perhaps the lasting image from this year’s ROIL Bulawayo Arts Awards (BAAs) will be that of four Zimbabwe Republic Public Officers (ZRP) storming the stage as the surprise package of the year, when Sikhosana, was about to accept his gong for the Best Newcomer of the Year award. 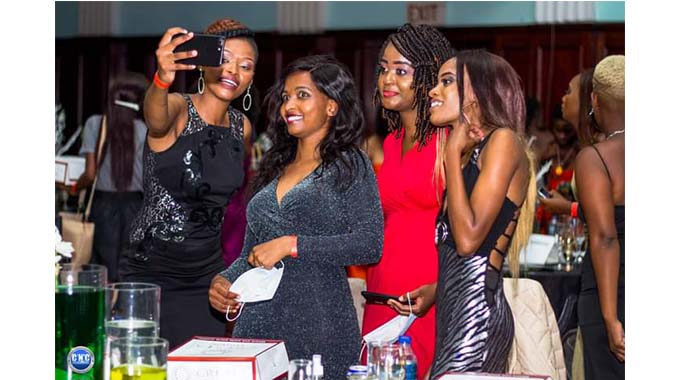 For those at the ceremony, their appearance was a shock, despite the fact that they were carrying out their duties as dictated by the law.

For those following the awards on the internet, it was a hilarious spectacle, and within minutes of their appearance, jokes were flying on social media platforms, memes were created and the officers captured in picture earned instant internet fame.

As the curtain fell on this year’s event with the appearance of the law enforcement officers, organisers heaved a sigh of relief: this year’s edition of the ROIL BAAs, held during a year in which a pandemic wrought untold havoc across the globe, were not easy to put together. In fact, some would say that the fact that the awards had been held at all was a miracle.

“From inception, we always said we want to celebrate our own Bulawayo and Matabeleland artistes and we have been able to do that for four years. Now we are able to prove that the BAAs are, if not the biggest in the country, are among the biggest and the best,” one of the organisers, Raisedon Baya told Sunday Life.

According to Baya, during the course of a tumultuous year, organisers had started to doubt that the awards would be held at all. “I think a lot of things did not happen this year and at some point, during the year, we also thought the awards wouldn’t be held at all. I think first and foremost I need to give credit to United Refineries and ROIL, the title sponsors because they made a commitment and said guys, ‘we are behind you 100 percent and we are going to make this happen.’

“Because that commitment kind of lessened the burden on organising because we knew that 80 to 90 percent of things that we wanted Refineries was able to cover. It made running around easy. However, in terms of doing the actual preparations there were a lot of challenges because of Covid-19,” he said.

In a year in which most artists were inactive due to the closure of spaces in which they usually horn their craft, Baya said getting the right calibre of nominees had also been a headache.

“The first challenge was probably getting nominees because as you know a lot of artists were not able to do work and put it out to the public this year. So those that managed to work, use digital platforms to push their products were the ones that got nominated. But that applies mostly to music because other art forms could not really do the same. So, challenge number one for us was getting quality work. We scrambled around and looked for the quality and also looked at effort and managed to put together a list of nominees,” he said.

Before authorities decided to gradually open the economy and loosen restrictions, Baya said organisers had resolved to hold the awards virtually. Virtual award ceremonies are the norm in the time of Covid-19 but for the BAA organisers it meant what is now the city’s flagship arts and culture event would have lost some of its gloss.

“The next challenge became holding the event itself. The first idea was to have a virtual event and that meant holding the event with no audiences. That was the first idea that we went for when we were doing the initial planning. And then there was the slight relaxation of Covid-19 rules and we thought maybe let’s do it with a minimal number of people.

“The nature of our awards is that they work best when they’re live because, as we have always said, the idea is that the BAAs should be a dress up event. Therefore, it’s difficult to dress up just to watch the event on TV or social media so a live event was the one that was going to make this interesting. We tried that but it became difficult because of Covid-19 rules and Covid-19 numbers that were allowed to be in a particular venue became really tough for us. We were really not able to invite the general public to come and celebrate with the artistes,” said Baya.

Baya said they had toyed with the idea of bringing in paying guests but abandoned it when they saw that the event would be oversubscribed at a time when guidelines dictate that numbers be kept at a minimum.

“We had planned on selling tickets but we stopped that when we realised that the number of people buying was now going beyond the prescribed numbers. So, we stopped that and ended up with our invited guests.

“Another challenge was trying to get everyone to sanitise, to social distance, to wear a mask during all that excitement. The biggest challenge of the day was for us trying to keep up with time as you know there’s a 10pm curfew. The police had told us that we need to be done by 10pm so that people can beat the curfew. We tried but it was a challenge. As organisers I think we need to thank the police for understanding the difficult nature of running such a big event. They were lenient and although they stormed the stage on the day of the event, they should be given credit for their patience,” he said.

In a year in which the arts took an unprecedented battering, the BAAs were a reminder of the wonder and beauty of the sector, a celebration of creativity at a time when a virus attacking people’s respiratory systems threatens to choke the life out of it.

“The most important thing for us was to celebrate creativity. We were able to support our artistes during this difficult year. I think it’s one of the very few arts events in 2020 that celebrates creativity in the cultural sector. We are happy that we were able to pull it off, thanks to our partners ROIL and United Refineries. Other private companies also came on board and we are thankful for that,” said Baya. The Sunday News