Father to the late Mitchel Moana Amuli differed with his wife on the way he wanted their daughter buried.

Ishmael Amuli stopped his wife Yolanda Kuvawonga from taking the body of Moana to lie in state at her house in Highfield before burial arguing that it was against their culture and religion.

One of the Amuli’s family members, Sala Saidi said their culture does not allow the burial of Moana in a coffin. Instead, they just wrap the body and take it straight to the grave.

“Moana is our daughter and we expect to bury her in accordance with our custom and religion,” said Saidi.

“Doves has undertakers who are ready to meet each and every religion and cultural belief so this is what the family wants.

“We do not want the body of Moana be taken to Highfield overnight since there will be no body viewing due to its condition.

“The body was expected to be taken to Domboshava not Highfield but for progress’ sake we agreed that the body will pass through Highfield from the parlour and taken straight for burial at Zororo Cemetery along Seke Road.

The Kuvawonga family spokesperson concurred with Saidi saying the body is expected to be collected from Parirenyatwa Group of Hospitals’ mortuary this morning where it will be taken to the parlour. 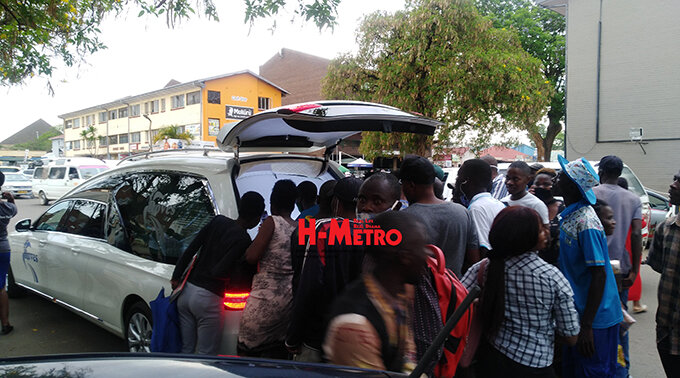 “Tomorrow (today) we are to collect the body at Parirenyatwa by 9am and take it to Doves for a burial service,” he said.

“Today’s programme has been delayed and we failed to collect the burial order and connect with Zororo cemetery officials.

“The body is expected to pass through Highfield before burial, which we expect to be conducted at around 3pm but the final program will be announced by 11am when everyone will be expected at Doves Funeral Services Chapel,” he said. H-Metro