Chisora appeals for a fair referee

Derek Chisora made a passionate appeal for a “fair referee” as he wants to be allowed to enforce his aggressive tactics on Oleksandr Usyk. 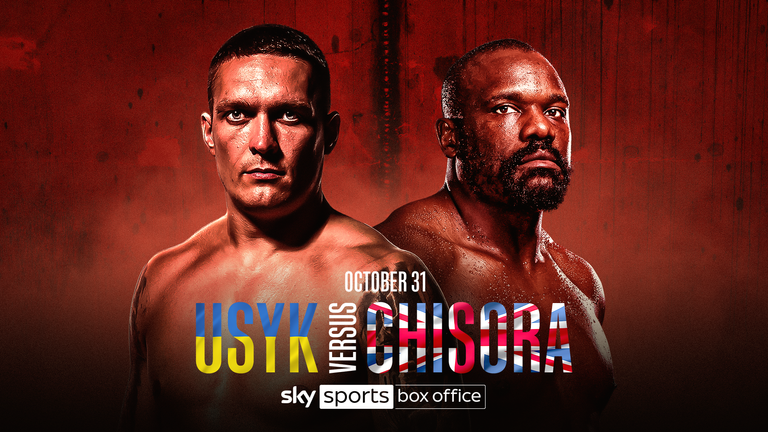 The Zimbabwe-born British heavyweight boxer battles Usyk tonight and Chisora was quick to raise concerns at his final press conference on Thursday that he could be prevented from sharing a brutal battle with the Ukrainian.

Chisora, who was docked two points during his last defeat — a knockout loss to Dillian Whyte — said: “He is going to try to box. I can’t box. It’s going to be a shoot-out. When I hit him, he’ll be hit, there is nowhere for him to hide.

“I need a fair referee and fair judges, that’s all I’m asking.

“They took points off me and I thought I was behind and I’d lost my shape and my fight. Just to be fair.

“I don’t want to be dancing in the ring, like wrestling, I want both of us to work. I want the fans to enjoy this fight, that’s what I want.

“I have to just keep moving my head, keeping my hands up, and just keep marching forward. He will try to wrong-foot me, as all southpaws do, but we’re ready for that. It’s going to be a big surprise when we’re in the ring.”

Chisora’s manager David Haye is hopeful this weekend’s ring official will not intervene if his fighter engages Usyk at close quarters.

Haye said: “The moment Derek is forced to have a long-range boxing match with the best boxer in the world, he loses. Fact. We’re under no illusions.

“When Derek gets inside the referee needs to let the action flow. Let them work, let them punch.

“When they are on the inside and are punching, it doesn’t matter that their heads are close or that they might be holding an arm. Just let the action flow.

“The British Boxing Board of Control has great judges and referees and I’m positive that, for a fight of this magnitude, the referees and judges are on point.

“Derek wants to be allowed to implement a game-plan that will give him success.”

Usyk insists he is fully aware of Chisora’s spiteful intentions, and the former undisputed cruiserweight champion is supremely confident that he can answer doubts about his ability to triumph in the top division.

“There will be no war. I bring peace – pure, clean boxing,” said Usyk.

“He will definitely want to hurt me badly but I won’t stand in front of him.

“I don’t know why everyone is talking about a test at heavyweight because, all of my life, I have been tested by heavyweights.

“In the World Series of Boxing, I was a heavyweight – people wanted to hurt me but didn’t manage to.” The Herald