In a murder case that has left villagers near Shavambiri Business Centre shell-shocked, a Marange man fatally assaulted his younger brother after a beer binge. 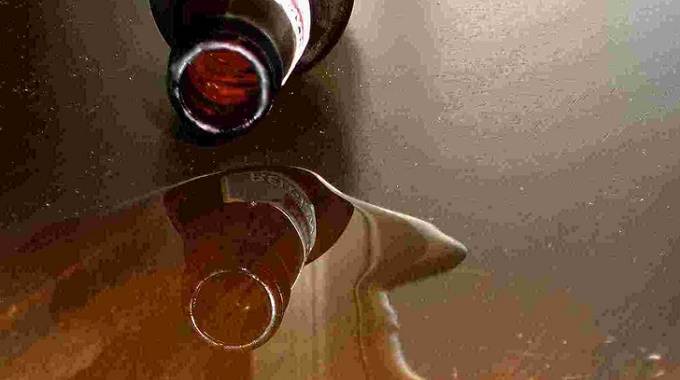 The siblings — Nyashadzashe (35) and Mundawashe Chinamira (25) — fought for several hours before the former overpowered the latter and fatally struck him with an iron bar.

Manicaland provincial police spokesperson, Inspector Tavhiringwa Kakohwa, confirmed the case and said Nyashadzashe has since been charged with murder as defined in Section 47 of the Criminal Law (Codification and Reform) Act, Chapter 9:23.

Insp Kakohwa said that on October 6, Nyashadzashe and the now late Mundawashe spent the whole day drinking an illicit brew at the business centre.

Later that night, the heavily intoxicated brothers had a fierce brawl.

At around 10pm, their uncle — Mr Tatenda Musoni — offered to accommodate them in his barbershop for the night.

The brothers were left sleeping in the barbershop while Mr Musoni went home.

However, Mr Musoni locked the screen door from outside as his nephews were drunk.

At around midnight, Mr Patrick Mutimbanyoka, a security guard at the business centre, heard some noise coming from the barbershop and went to investigate.

“He peeped through the screen door and saw the brothers fighting. Nyashadzashe threw an empty beer bottle at Mr Mutimbanyoka but missed him. The security guard ran for his life.

“When Mr Mutimbanyoka came back after about 30 minutes in the company of Mr. Tinashe Kangorongo, the two brothers were still fighting. The duet tried to stop the brothers from fighting but they couldn’t do much since the screen door was still locked.

At around 5am the following morning, Mr Musoni returned to unlock the door. He found the two brothers lying on the floor.

However, there was blood all over the floor. Mundawashe had deep cuts on his head and was writhing in pain.

Mundawashe was ferried to the nearby Bakorenhema Clinic for treatment.

Inspector Kakohwa said Nyashadzashe admitted that he committed the offence, claiming that his younger sibling had threatened to cut off his head for ritual purposes.

The elder Chinamira claims that Mundawashe stabbed him with a knife in his left arm, and therefore had acted in self-defence.

Nyashadzashe also said Mundawashe provoked him by urinating in the room they were sleeping in.

Homicide detectives who attended the scene discovered cuts on Nyashadzashe’s right shoulder, right thumb, bruises on both legs and around the neck.