A man who allegedly raped a woman at a cemetery was severely thrashed with sticks and later died at a hospital. 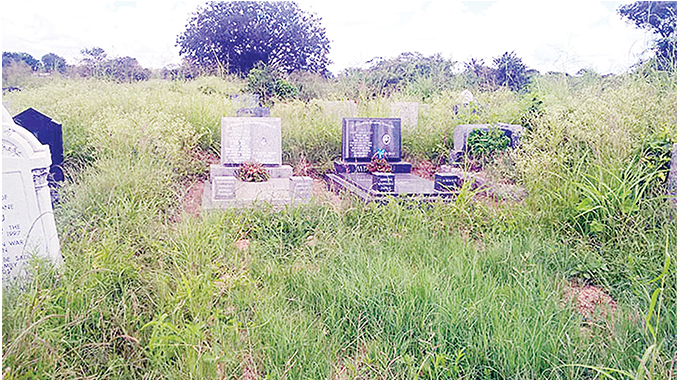 It is said on 11 September at around 4.30 pm a 23-year-old woman was fetching firewood near a cemetery at Babcock compound in Kwekwe, Midlands province.

A source close to investigations said Darlington Munyaradzi Maphosa reportedly spotted her before ambushing her near a cemetery.

The source said as she was passing by the cemetery Darlington grabbed her hand and dragged her into the bush.

“He violently pushed her to the ground before he quickly undressed her and raped her once,” said the source.

After the act he freed her and she went home, and narrated the ordeal to her brother. Seething with anger the brother, the source said, teamed up with his four friends and went to Darlington’s homestead.

“They caught up with Darlington at his homestead. They took turns assaulting him with sticks all over his body. After they were satisfied that they had meted out instant justice to the victim, they took him to a police base,” said the source.

The source said Darlington sustained bruises around his neck and swollen hands.

“He also suffered a cut on his toes and injuries on his left ear and he complained of dizziness. He was rushed to Kwekwe General Hospital. ”Sadly, he died upon arrival,” said the source.

A report was made to the police leading to the arrest of the accused.

“We are handling a case where a man was murdered after he allegedly raped a woman. As police, we would urge community members not to take the law into their own hands. If a person has committed a crime the community members should hand him to the police,” he said.

Meanwhile, Jothan Chidende from a village under Chief Nhema, Shurugwi allegedly lured a 37- year-old mentally challenged woman to his homestead. The woman in question went to his homestead and upon arrival, he enticed her to get into his room where he raped her once.

But his luck ran out after the sister of the rape victim noticed blood stains on her skirt.

“That worried her sister who then asked her about the blood and she revealed that she was raped by Chidende. She reported the matter to the police and the victim was referred to Shurugwi district hospital,” said the source.

However, Chidende was on the run, said the source. B-Metro