Philanthropist and businessman, Prophet Uebert Angel continues to honour his US$1 million pledge to provide coronavirus relief aid across the country. This time his home area of Chivamba, Zaka in Masvingo received truckloads of mealie meal courtesy of the Uebert Angel Foundation and its financial partners.

In April this year the UK based businessman/preacher pledged an eye-watering USD$ 1 million towards a coronavirus relief aid to help vulnerable households whose incomes have been severely depleted by the lockdown announced by the government to halt the spread of the coronavirus.

The trip to Zaka is the 18th outing that has seen the foundation distribute mealie meal and groceries to cities, towns, farms and rural communities alike. They have been to places like Highfields, Glen View, Glen Norah, Mufakose, Kambuzuma, Mbare, Budiriro, Chitungwiza, Norton (twice), Harare South, Bulawayo, South Africa, Hatfield and many other parts of Harare. 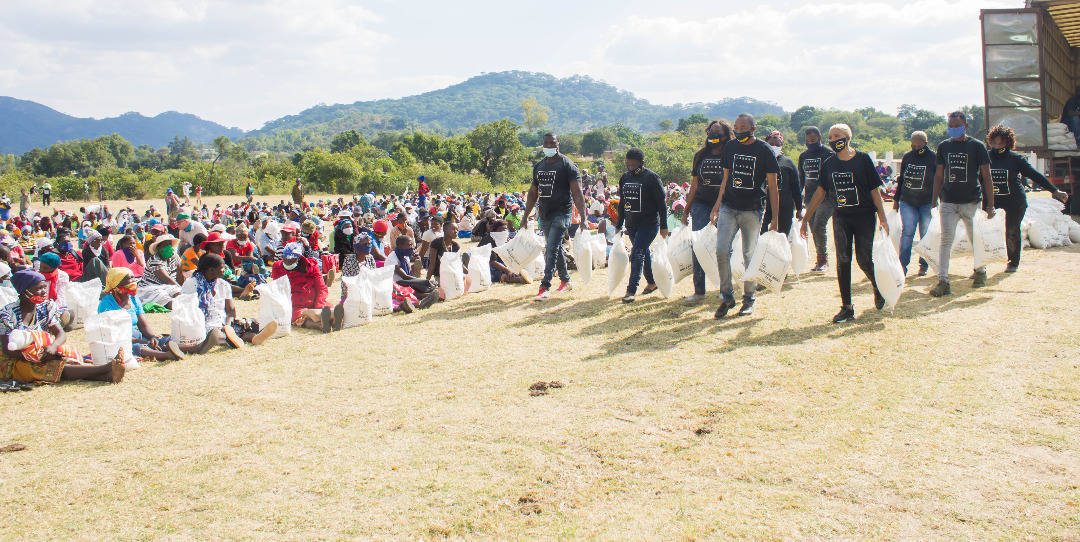 Image 1 of 16
The philanthropist preacher has received praise across the political divide for “walking the talk” during a time of crisis when most churches have been conspicuous by their silence during the lockdown.

MPs Tongai Mnangagwa (Zanu PF), Tapiwa Mashakada (MDC Alliance) and Temba Mliswa (Independent) have paid tribute to the work of his foundation. Harare Mayor Herbert Gomba has also added his voice to the glowing tributes for the coronavirus relief aid.

“Prophet Angel started doing this well before the pandemic and has continuously given us food, helped us according to 1 Corinthians Chapter 13. God speaks about love and charity and I’m grateful that Prophet Angel is doing that. You can actually see the hand of God through his works.

“He has so far donated food to so many constituencies around Harare. And I can tell you that the Prophet is leading and as Mayor I have also seen others following in his footsteps.”

In January this year Prophet Angel paid fees for the entire school – for the whole year at Kadyamadare Primary School in the Chikwaka Communal Lands (797 students.)

Was it enough for the President of Zimbabwe to ask God to forgive injustice and corruption?