A determined Chicken Inn posted their second win in the Malawi Energem International Bonanza four-team tournament when they gunned down Nyasa Big Bullets in an exciting match played at packed a Kamuzu Stadium yesterday.

Speedy forward Nicole Mutatiwa scored the only goal of the match in the 62nd minute. The ginger haired striker outpaced former Caps United player Godwin Goliati and poked the ball over a badly exposed Richard Chimbamba who was between the sticks for the Kalisto Pasuwa-mentored side.

It was a match in which five Gamecocks new signings Leroy Ndlovu, Brian Muza, Nelson Ketala, Shepherd Mhlanga and Cliff Dzingayi showed some great signs of brilliance 24 hours after the Gamecocks edged other Malawi giants Be Forward Wanderers by a similar score line.

Pasuwa and his Bullets test negative

“The new guys that we brought into the team stood up to be counted. The players’ level of fitness is getting there. It was another big win for the boys. Our game plan was to make our opponents not to play and it all worked. We hope that we can maintain the momentum and win the trophy,” said an ecstatic Joey Antipas. 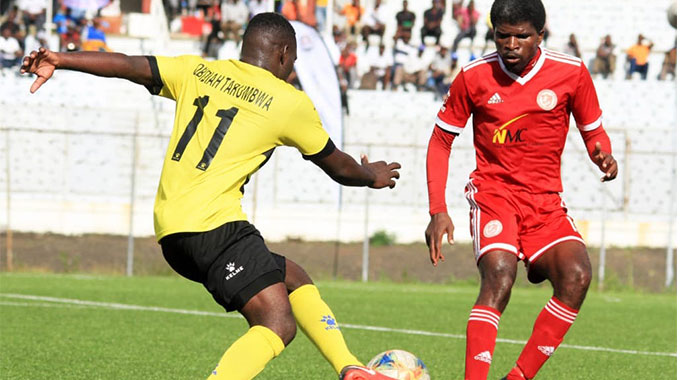 His opposite number reckoned failure to keep possession and lack of confidence among his players proved to be detrimental in their quest to take a successful aim at Gamecocks.

“Most of the time we lost possession. Our players were afraid to play and we were not offensive and we were very slow. As such we picked a lot of lessons from Chicken Inn. They are a balanced side, they play with speed and confidence,” said Pasuwa.

Going into this afternoon’s match against UD Songo of Mozambique, the 2015 Zimbabwean champions are on six points. Yesterday, Songo beat winless Wanderers 2-0 to take their points tally to three.

Pasuwa and his Bullets test negative