A police officer from Victoria Falls has been arrested for unleashing a police dog on a fellow cop for allegedly blocking him from searching for drugs in a car that the latter was sitting in. 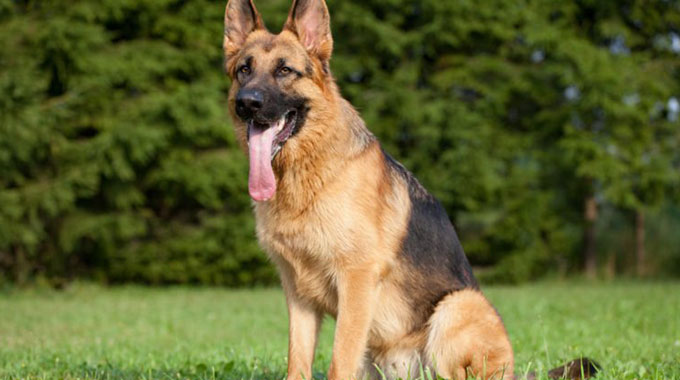 Constable Jimson Zano (29) of ZRP Aerodrome Cottage, Victoria Falls who is attached to the canine section as a dog handler set his dog on Constable Rufaro Ruzivo (32) at Mkhosana Bus Terminus and it bit him on the shoulder.

The police officer had allegedly received a tip off from an informer that Const Ruzivo and his friends were abusing drugs.

Zano is facing assault charges for allegedly unleashing the police dog on the constable intending to cause bodily harm or realising the risk that bodily harm may occur.

He was remanded out of custody to tomorrow for trial.

Asked by the magistrate why he committed the offence, Zano said he did not set the dog on the complainant but it jumped on him after Const Ruzivo pushed him to stop him from searching for drugs.

“I was about to search the car where he was sitting playing music. I asked for permission to conduct the search and he came out of the car and pushed me aside saying you can’t search the car because the owner is not around.

“When he pushed me, that’s when my dog jumped on him and only scratched him on his chest,” he said.

Prosecuting, Mr Onias Nyathi said on January 12 at around 8PM at Mkhosana Bus Terminus, the accused person and his colleagues received a tip off that drugs were being abused in a car parked at the bus terminus.

“On the 12th of January 2020 at around 0800hrs, the accused person reacted to a tip off to the effect that the accused and his friends were abusing drugs.

“The accused in the company of his work mates, Const Joseph Hurende and Const Shepherd Gondo proceeded to the bus terminus and found the complainant playing music in a car and searched the occupants,” said Mr Nyathi.

“A misunderstanding then arose resulting in the accused unleashing a police dog upon the complainant biting him on his right shoulder,” said Mr Nyathi. The Chronicle