Youths from the opposition Movement for Democratic Change (MDC) disguised as soccer fans staged a covert demonstration against President Emmerson Mnangagwa during a football match between Zimbabwe and Botswana on Friday at the National Sports Stadium in Harare.

Throughout the match the youths chanted Anti-Mnangagwa slogans while holding placards critical of government’s ruinous policies that have exposed citizens to unbearable economic conditions.

MDC Youth Assembly chairperson Obey Sithole noted that the state was on an overdrive of prohibiting the main opposition from exercising their constitutional right to demonstrate whenever they showed courtesy to notify the current Mnangagwa administration.

Sithole reiterated that as Zimbabwean youths they had genuine concerns in advocating for a people centered government.

“The Mnangagwa government has proven beyond any reasonable doubt that they’re are incompetent, their only success has been in failure. Under his government we have seen the suffocation of the democratic space.

“In his two years of illegitimate leadership, people charged with treason have been more than those charged under Mugabe’s 37 year rule.

“Our concerns are genuine, all we want is a government by the people and for the people. Clearly this is not what Mnangagwa’s government represents hence the reason why we are saying they must rested in their entirety,” he said.

MDC Youth Assembly national spokesperson Stephen Chuma said they chose a 30 thousand packed NSS to express their anger and disgust towards Emmerson Mnangagwa’s military dictatorship which has plunged the nation into a hellhole because of the economic meltdown.

“Mnangagwa’s military dictatorship closed all the democratic spaces for citizens where we can freely exercise our constitutional right to demonstrate.

“As such we chose to demonstrate at a football game which was beamed live so that our grievances are heard. Going forward we are going to use any platform available to express ourselves,” he said.

Mnangagwa’s regime has been pursuing a policy of banning all main opposition demonstrations citing the excuse that they were regime change ploys backed by the West. Nehanda Radio 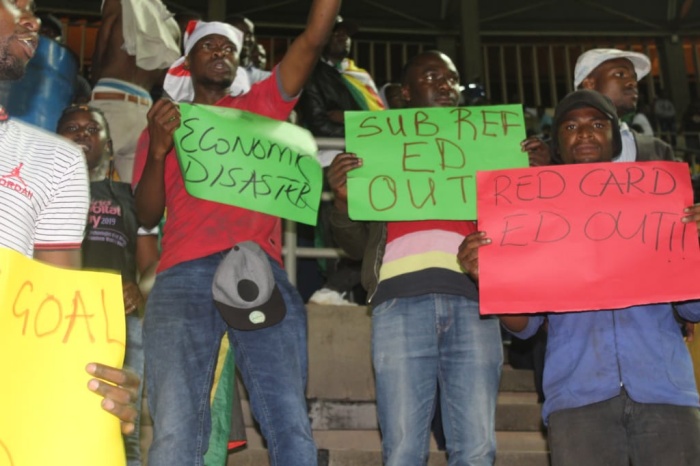 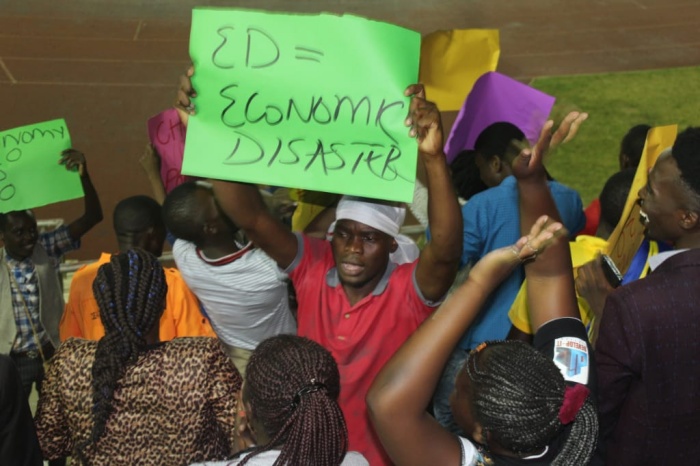 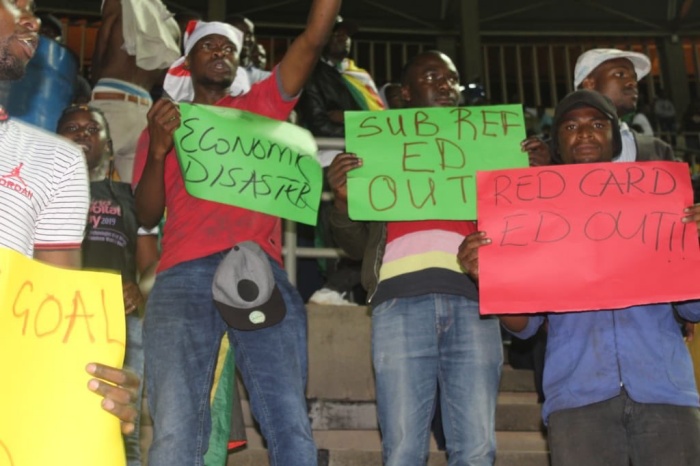 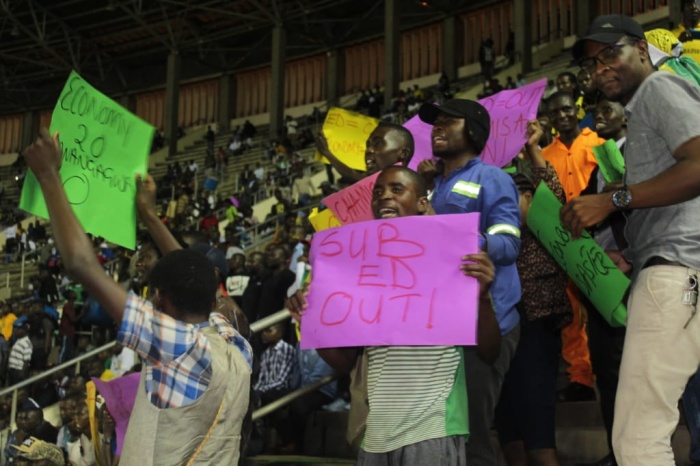 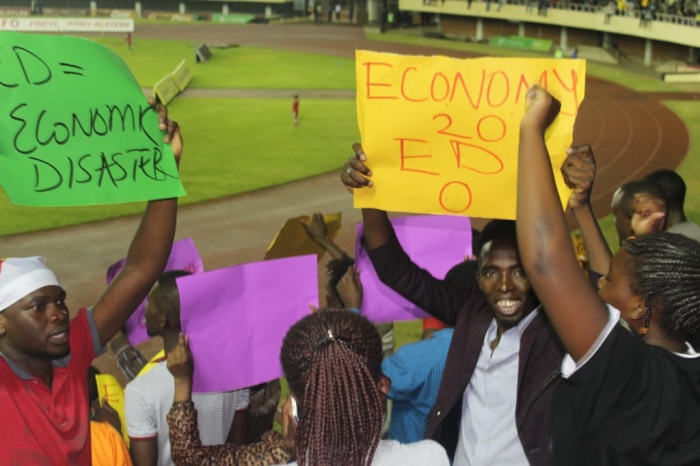 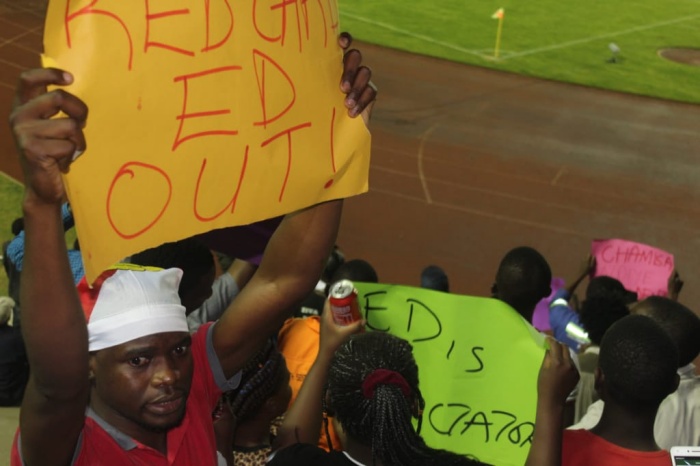 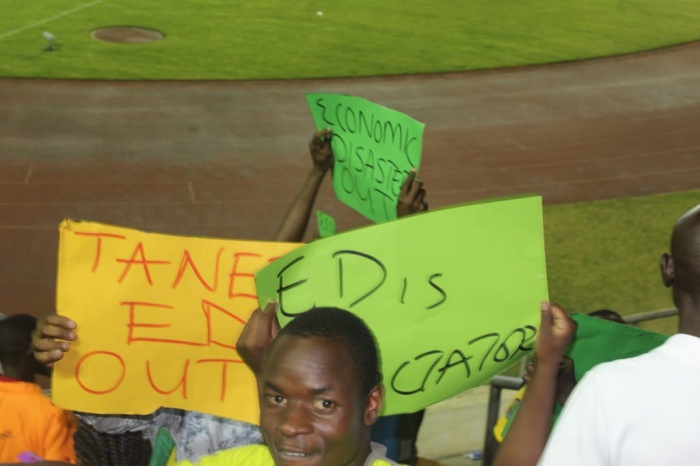 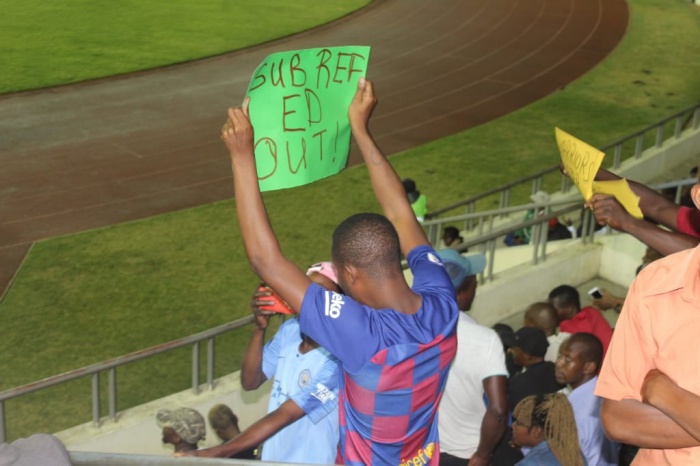 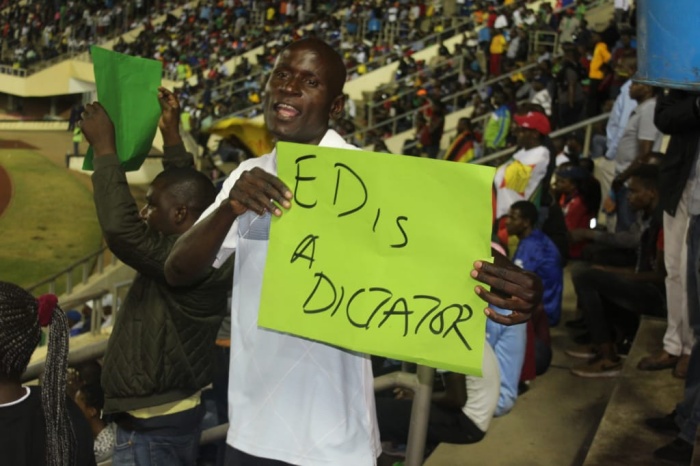 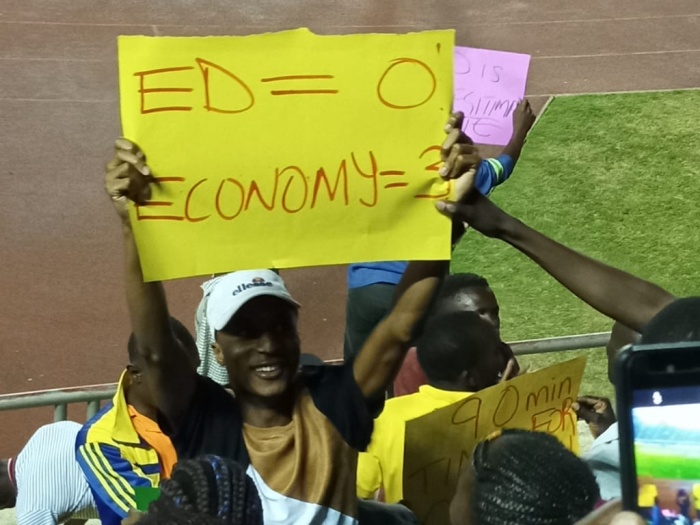