After a match day one sterile performance to forget, Zimbabwe’s Warriors now have to quickly get their act together if they are to finally get their first Battle of the Zambezi win against rivals Zambia in an Africa Cup of Nations qualifier. 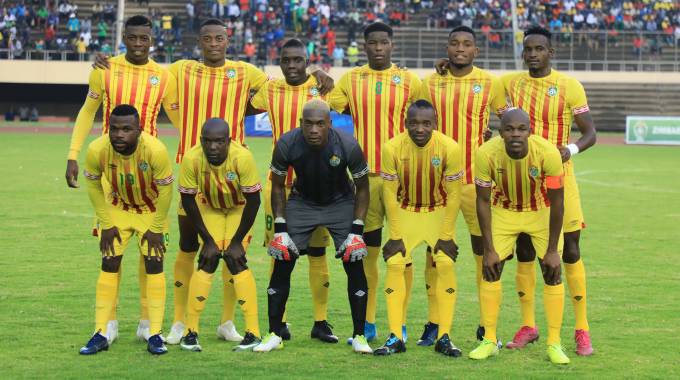 The Warriors play Chipolopolo in their second Group H game of the 2021 African Cup of Nations qualifiers at the National Heroes Stadium in Lusaka on Tuesday night.

The Warriors are hoping to improve from the lifeless show they exhibited when they were held 0-0 by Botswana at the National Sports stadium.

It was a battle of wits between interim Zimbabwe coach Joey Antipas and Botswana gaffer Adel Amrouche, which was clearly won by the latter.

The Zebras, who sat deep and made sporadic attacks for the greater part of the match, came looking for a point and they got it.

For all their potential firepower, the hosts lacked in adventure on the night of the battle. They looked lethargic, only coming to life after the introduction of SuperSport United winger Kuda Mahachi in the 78th minute.

Questions will also be raised as to why Antipas kept the double defensive midfield partnership of Marvelous Nakamba and Marshal Munetsi or why he retained a back four against an opponent clearly not interested in attacking but in retaining a defensive roadblock.

The Warriors were slow in their build-ups and their centre backs Alec Mudimu and Teenage Hadebe mostly trusted long balls when they should have been starting play from the back. 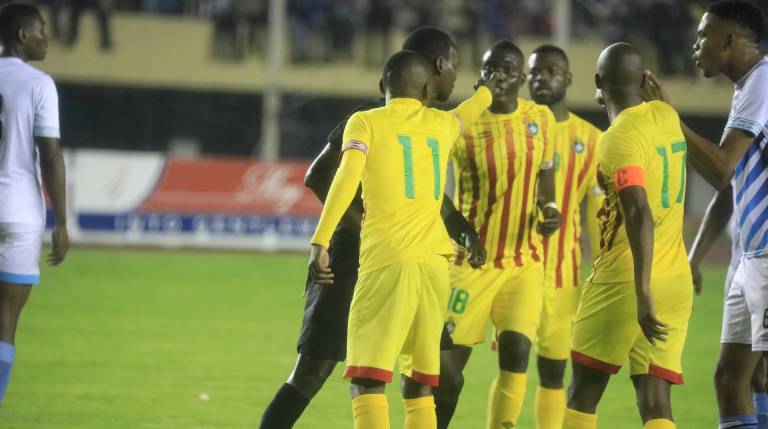 Ronald Pfumbidzai tried to venture into the opponent’s territory on the left while ZPC’s Ian Nekati stuck to his defensive duties on the right flank.

Zimbabwe had one shot on target during the first half when Knowledge Musona’s free-kick was tipped over.

Antipas admitted his side lacked the cutting edge.

“We had chances and dominated but it’s all about putting the ball behind the nets,” said Antipas.

The Warriors will no doubt need to take a few more risks and be creative when they play against their perennial rivals in a Southern African derby that has never really gone according to the form book on previous occasions.

But more importantly, both sides are under pressure to get their first set of points in the qualification marathon for places to Cameroon 2021.

Zambia appear to be on a downward slide and have lost the momentum they had built after winning the 2019 Cosafa Cup.

They lost their opener 5-0 against African champions Algeria in Blida last Thursday.

However, the northern neighbours have always been tricky for Zimbabwe on the few occasions that the two nations have battled in the Nations Cup qualifiers.

The last time the two nations faced off in an Afcon campaign in 1993, both legs ended in stalemates. The first match ended 0-0 at the Independence Stadium in Lusaka on April 10, 1993, before the legendary Kalusha Bwalya broke the Zimbabwean hearts with an 80th minute equaliser after Henry “Bully’’ Mckop had given the late Reinhard Fabisch’s Warriors Dream Team a 28th lead in a reverse tie at the National Sports on July 25.

The other time Zimbabwe played Zambia in the Afcon qualifiers was back in 1981, with the Warriors losing 0-1 on April 11 in Harare, before going down 0-2 on April 25 in the return leg in Lusaka. 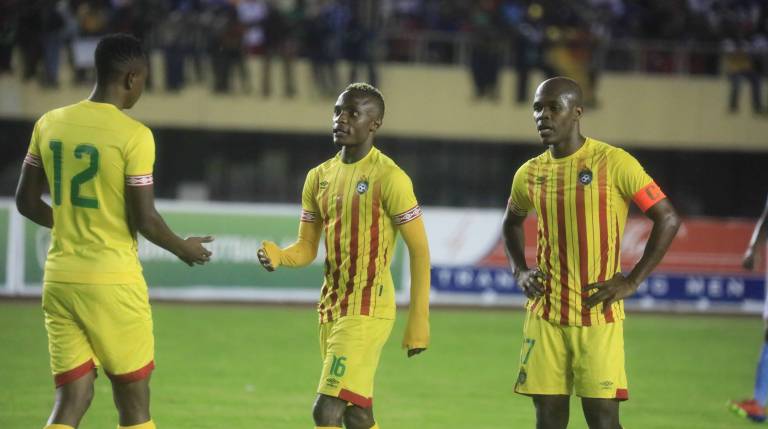 Antipas realises the huge task at hand, and anticipates a backlash from a Zambian team that is reeling from their humiliation in Algeria.

“It will not be easy, we play a Zambian team that is coming from a huge defeat so we expect them to come out fighting,” said Antipas.

“We are also playing away from home but at the end of the day we have to keep pushing and believing. All we need to do is to keep our heads up and try rectify our mistakes.”

Antipas will take an 18-men squad to Lusaka after he decided yesterday to drop the quartet of goalkeeper Talbert Shumba, Devine Lunga, Thabani Kamusoko and Terrence Dzukamanja.

The Warriors leave Harare for Lusaka this afternoon and are expected to hold their first training session later this evening.

On their part, hosts Zambia were dealt a further blow amid revelations that the Austria-based pair of midfielder Enock Mwepu and striker Patson Daka are out of the clash against Zimbabwe.

Mwepu confirmed to the Zambian media that he and teammate Daka will not be available for Tuesday’s qualifier.

The 21-year-old Red Bull Salzburg midfielder went on to urge the team to stay focused and to be positive despite their poor start to the campaign.

“It is quite hard for the team after losing the first game. The scoreline was really not so good for everybody. Going into the second match, I can only wish the team to stay positive and focused. The Tuesday game won’t be easy.

“Our fans should just understand that it is a bad phase for the national team right now. We are asking ourselves as players why we are losing. We are playing well and things are not going our way,” said Mwepu.

Without Daka and Mwepu, the Zambians can still bank on striker Evans Kangwa who plays for Russian side Arsenal Tula, Orlando Pirates forward Justin Shonga and skipper Kabaso Chongo who turns out for DR Congo giants TP Mazembe.

They also have the experience of France based defender Stophila Sunzu, who was part of the Zambian team that won the Nations Cup in 2012.

Zimbabwe legend Ephraim Chawanda, who captained the Dream Team in 1993, yesterday urged Antipas’ class to quickly forget about the Botswana game and put up a “united performance” in Lusaka.

“They should not allow pressure from the previous result to overcome their ability to perform. The players should give it their best,” Chawanda said.

The former Zimbabwe Saints defensive rock is now based in Botswana.

Just like the Warriors, Chipolopolo have a stand in coach —Agrrey Chiyangi — who watched in horror as his 10-game unbeaten run ended in Algeria.

However, Chiyangi remains optimistic that Chipolopolo can rise from the ashes if they learn from our mistakes.

He is even putting on a brave face.

“We played a better side (Algeria), it’s football, we accept it. Only those who don’t understand football will not accept it, if you make mistakes you get punished,” said Chiyangi.

But for Zambian President Edgar Lungu, the result in Algeria was unacceptable.

The Zambian leader posted on his official Facebook page on Friday: “To FAZ (Football Association of Zimbabwe), soccer fans deserve better. Soccer fans must get better. Find a winning formula and take us back to our days of soccer glory.

“To the players, summon your courage and do your country proud next time. You’ve done it before. We can still do it again.” The Sunday Mail

Terror and riches at Jumbo Mine