The Zimbabwe National Army bomb disposal squad and police successfully detonated a grenade that was found in Bulawayo’s Sunninghill suburb. 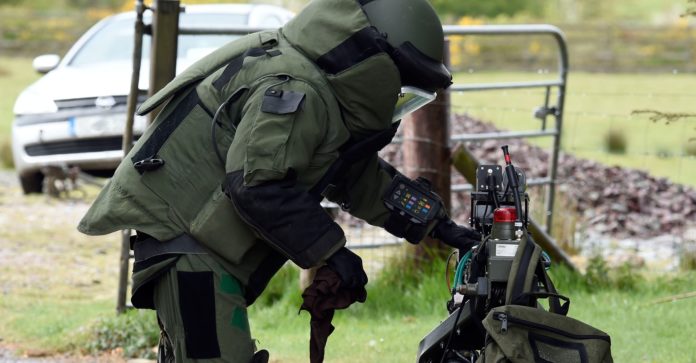 The grenade was found on a road by a man who was walking in the suburb on Friday.

Bulawayo police spokesperson Chief Inspector Precious Simango yesterday confirmed the incident.
Police suspect that the grenade is from the liberation war era but it is not known how it found its way onto the road.

“Police and ZNA bomb disposal squad on November 2 successfully detonated a live grenade in Sunninghill suburb. The grenade was found by a 31-year-old man as he was walking down the street in the suburb. After discovering the object, he reported the matter to the police who together with ZNA officers attended the scene and successfully set it off. They removed the grenade from the scene and detonated it at a nearby bushy area without injuring anyone,” said Chief Insp Simango.

She said the grenade had its safety pin stuck on its shell and it was safely detonated.

Chief Insp Simango urged members of the public not to tamper with objects that they do not know.

“We want to applaud the person who noticed the explosive and reported it to responsible authorities. We also want to appeal to members of the public that if they come across alien objects, they should not tamper with them as some of them might be lethal. We are grateful that the explosive did not explode on anyone despite being found in a residential area,” said Chief Insp Simango.

Zimbabwe National Army 1 Infantry Brigade Public Relations Officer Captain Brian Muchero could not comment on the matter saying he was not in office.

Four months ago, a grenade was found in Emganwini suburb and it was believed to have been left during the liberation war.

The explosive was discovered by a builder who was digging at a house undergoing renovations.

At that time, Cpt Muchero described the explosive as an M962 fragmentation hand grenade.
He warned the public not to tamper with such objects.