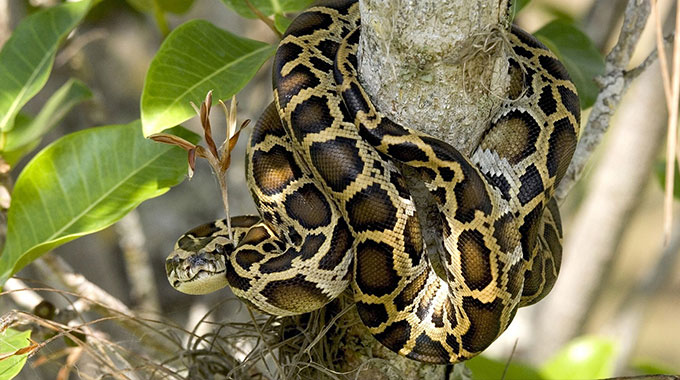 An inyanga from Binga has been jailed for an effective four years for possession of pangolin and python skins.

Jerry Mwembe (44) of Kabula area in Lusulu was arrested after an anti-poaching team comprising rangers from Zimbabwe National Parks and Wildlife Management Authority and detectives from the CID Minerals Flora and Fauna Unit got a tip-off that he was in possession of python skins.

Mwembe, who was represented by Mr Thulani Nkala of Dube, Nkala and Company, pleaded not guilty to two counts of illegal possession of pangolin and python skins.

Police officers trapped while attempting to sell pangolin in…

WATCH: 22 elephants dead in less than a week, ‘no…

He was convicted after full trial by magistrate in charge of Matabeleland North province Mr Livard Philimon.

The magistrate slapped Mwembe with an effective four years in jail.

The State’s case was that Mwembe failed to produce a licence permitting him to possess the said trophies.

“On the 4th of April around 8.45PM Zimparks rangers and detectives from the CID Minerals Flora and Fauna Unit who were on patrol received information to the effect that there was a parked Pajero at Mswazi turn-off with two pangolin skins inside. The team then drove to the site and upon arrival introduced themselves to Mwembe who immediately ran away from the scene,” said prosecutor Mr Vumizulu Mangena.

The court was told that Zimparks ranger Mr Trust Mudimba gave chase and fired three warning shots in the air and Mwembe stopped.

He was then escorted back to his vehicle where a search was conducted leading to the recovery of two pangolin skins on the front passenger seat.

A further search at his homestead led to recovery of two python skins from one of the bedroom huts.

Police officers trapped while attempting to sell pangolin in Rusape

WATCH: 22 elephants dead in less than a week, ‘no conclusive results’…