A 38-YEAR-OLD man was struck and killed by lightning in Bulawayo’s Cowdray Park suburb on Thursday. 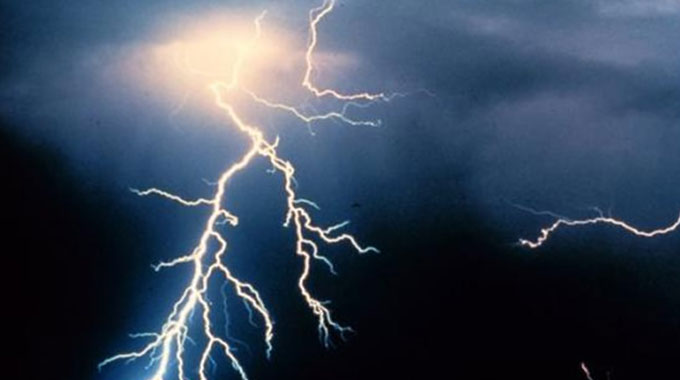 He said police are yet to identify the deceased who is said to be a resident of Magwegwe North who was working in Cowdray Park.

“Circumstances are that on Thursday October 10 at 1630 hours, the now deceased of Magwegwe North suburb was standing outside a trench holding a shovel. The area experienced some light showers accompanied by thunder and lighting. The now deceased was struck by lightning and he died on the spot,” said Insp Ncube.

In January this year, a woman was struck and killed by lightning in the same suburb while her two children, one strapped on her back, escaped with serious burns.

Hilda Chibharo (28) was on her way home with her two minor children when tragedy struck.

Meanwhile, a Grade One pupil from Nesigwe Primary school in Nkayi district of Matabeleland North province was last week killed by lighting while three others survived,

The four pupils were going home after knocking off from school.

“Yes I can confirm that we received the sad news of the death of Nqobani Moyo after being struck by lighting while coming from school, They had just knocked off from school when the unfortunate incident happened,” he said.

Cllr Mnethwa said the other three pupils survived the bolt but were very shaken and would need counselling. The Chronicle

Lightning strike injures 10 children and an adult in Paris park