The Zimbabwe Electricity Transmission and Distribution Company (ZETDC) has dismissed reports that it will switch to stage four of load shedding, which would see affected suburbs experiencing four days without electricity. 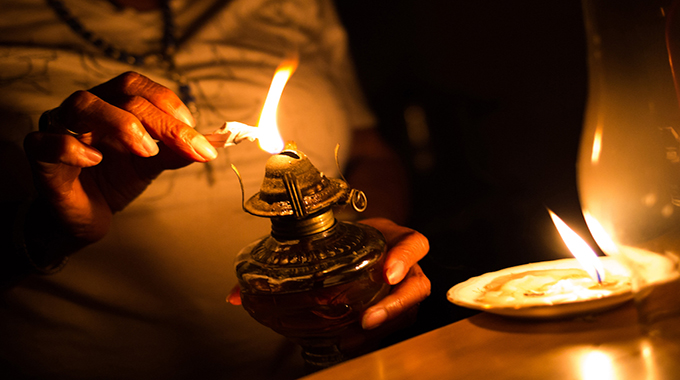 In a statement yesterday, ZETDC said stage four was “non-existent”.

ZETDC indicated that it only has two stages of load shedding, of which stage two is currently under implementation.

“The current load shedding schedule comprises two stages only, (that is) stage 1 and stage 2; – wherein stage 1 denotes power rationing scenario when the power supply gap is up to a deficit of 1 000MW and stage 2 calls for rationing when the deficit is more than 1 000MW,” said ZETDC.

No social distancing at Zesa queues

Under the current schedule of power rationing, affected suburbs experience black outs for up to 15 hours a day.

Previously, load shedding was scheduled to take place in the morning and evening when demand is usually high.

ZETDC, a subsidiary of Zesa Holdings, said it was engaging sister utilities in the region to clear arrears arising from previous power imports to enable it access more imports.

Zesa owes Eskom of South Africa and Hidroelectrica de Cahora Bassa (HCB) US$84 million, resulting in the country getting about 100MW of power instead of 450MW.

“The power utility and its key stakeholders are currently seized with finding lasting solutions to the power supply challenges currently facing the nation,” said ZETDC.

He said they were also working on long-term solutions which included categorising users of electricity as residential, industry, corporates and manufacturing sector.

“The mining sector, there is no reason why they shouldn’t pay tariffs that are linked to the exchange rate because these are earners of the foreign currency in the first place,” said Prof Ncube.

He said there was need to come up with a differentiated tariff structure alongside the demand management strategy.

Prof Ncube said on the supply side, Government was exploring options of renewable energy and importation, in addition to hydro and thermal power generation.

He said the current audit report on Zesa can also not afford to be ignored.

“I have been in the past quoted as being unhappy about an automatic increase of the tariff, why? Because I wanted these three other things to be dealt with,” said Prof Ncube.

“Let us understand the demand and supply of electricity, the internal issues in terms of the company and then we have done all of these issues, we can then say we still need to increase the tariff.”

Zimbabwe’s internal generation capacity largely stands at below 1 000MW due to challenges at Kariba South and Hwange Thermal Power Station.

Last Friday, the country was generating 738MW against an average demand of 1 700MW. The Chronicle

No social distancing at Zesa queues

Zesa to get tough with defaulters