BULAWAYO Chiefs celebrated their first victory at their home ground, Luveve Stadium this season when a late strike from substitute Arthur Musiyiwa earned them maximum points against visiting Manica Diamonds. 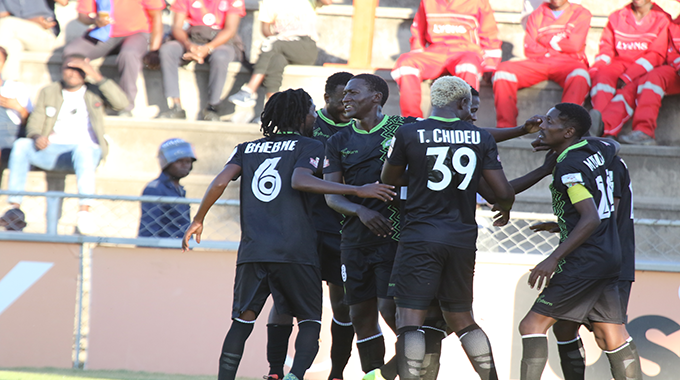 A tepid match saw both sides struggling to find the back of the net and taking turns to miss chances they created until Musiyiwa stepped up to the plate, scoring a minute before the end of regulation time and securing the much needed victory.

Chiefs, who were persistently probing into the Mutare side’s goal area saw their players exchanging passes in the penalty area before Musiyiwa slotted it past Jorum Muchambo, who was in-between the posts for the visitors.

Amakhosi, as Chiefs are known, had not won at Luveve this season as they raked up a string of losses that left them at the basement of the Castle Lager Premier Soccer League and the win saw them move to 12 points leapfrogging new boys, Mushowani Stars.

Chiefs coach, Farai Tawachera made several changes to the squad key among them being handing the goalkeeper’s jersey to Liberty Chirava in place of David Bizabani who had been guilty of making several schoolboy mistakes.

Tawachera was delighted with the win but expressed caution in celebrating saying they still have a long way to go in terms of lifting themselves out of the relegation zone.

Tawachera said they was still a lot of work for them to do particularly improving their precision in front of goal as they had wasted many chances adding they will be looking to bolster their squad during the mid-season transfer window.

Manica Diamonds coach, Luke “Vahombe” Masomere was scathing in his assessment of his players saying they have been failing to play according to instruction adding they were “the worst of the PSL worst two teams”. Sunday News