The senior netball team, Gems, leaves today for the 15th edition of the Netball World Cup scheduled for July 12 to 21 in Liverpool, England. 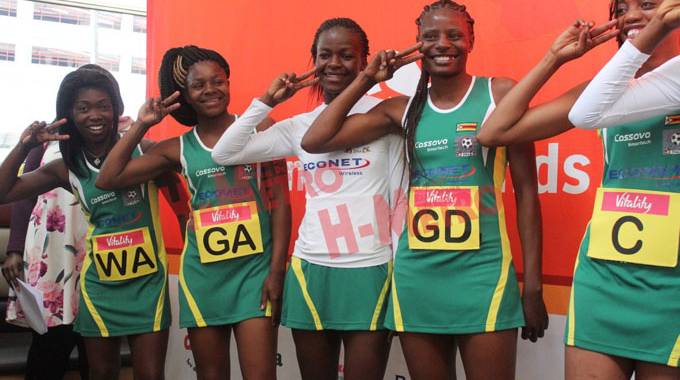 A 45-member delegation including 20 players is expected to arrive at Manchester airport tomorrow at around 7pm.

The Gems will be making their debut appearance at the global showcase and a number of corporates have come on board to support them and making their dream come true.

Econet Wireless, Cassava Smart tech and Simbisa brands are the official sponsors for the Gems.

Their official kit was unveiled at a handover ceremony of RTGS300 000 by Simbisa Brands.

Speaking at the ceremony, Simbisa Brands corporate and socio responsibility officer Michelle Fisher said they are happy to partner the Gems on the World cup journey.

“At Simbisa, we believe in women. As a company, we are strong advocates of women rights and female empowerment giving women the same opportunities to achieve and accomplish great success.

“We came across the Gems uplifting story on YouTube and felt that this was a powerful example of women empowerment in the Zimbabwe Sports industry.

“Having also them play and witness their level talent.

“We felt compelled to be instrumental in helping to make sure they would make it to the World Cup committed to making a positive impact on the community we at Simbisa believe that a team that has had to rise above their challenges to qualify at a global level, the Gems should be fully supported.

“We are rallying behind the gems as they serve as a real inspiration fo0r young women with aspirations in the field,” she said.

Meanwhile, the Gems also received US$4 000 from Plan International. The money will all go towards the team’s allowances. H-Metro