I have eloquently demonstrated with evidence on many occasions that ZANU PF’s sanctioned Corruption, Incompetence, Nepotism, Mismanagement and Theft have destroyed this country and continue to do so to this very minute and not sanctions!

I have also argued that Political Reforms not silly and thoughtless economic tinkering will fix this country if ever it is to become the powerhouse that it used to be more than 30 years ago.

The Auditor-General’s report was recently released and it confirms everything that I have ever told you here, it vindicates many of us who have been called names by State actors and ZANU PF sycophants together with regime associates and apologists.

Chin’ono launches TV talk show: ‘On The Record with…

Yesterday I took an extraordinary step of creating Whatsapp groups to distribute this report to citizens because the Opposition is asleep on the wheel at the moment.

Only their leader Nelson Chamisa is talking but most of his Members of Parliament (MPs) and Councillors have gone to mute mode since being elected, they are quiet.

Let me just give you a snippet of what is in this report so that you can further understand what I have been saying all along using empirical evidence from the Auditor-General.

* According to the Auditor General, the Grain Marketing Board (GMB) paid US$1million for grain in 2016.

That grain was never delivered and there were no criminal consequences for the culprits.

Now the government is forcing us to take our grain to the same corrupt GMB.

Citizens need their money now when they sell their maize because they have pressing economic needs created by the incompetence and corruption of our government, and yet when they are forced to take their grain to the corrupt GMB, they will wait forever for their money whilst it is losing value!

Does that reflect a nation that is open for business?

* According to the Auditor-General, across Ministries, expenditure of US$2.4million was incurred on vehicles, generators, excavators, syringe infusion pumps, water bowsers and biometric cards.

Again, non of all this equipment was ever delivered.

How does President Emmerson Mnangagwa talk about fighting corruption when he has been given the evidence and yet NO Action is being taken!

Yesterday President Paul Kagame of Rwanda said that the Zimbabwean government must first convince its citizens that it is serious before trying to say that to the rest of the world.

Do you expect us to take his corruption rhetoric seriously based on his empty words not backed up by any action against the corrupt and the tives in his government?

* According to the Auditor-General, at Air Zimbabwe, “no minutes of board and management meetings were available for the period she reviewed them.

Cash withdrawals amounting to $173 162 could not be traced to the book of accounts.”

Do you think that this is caused by Sanctions or these are self imposed sanctions meant to self enrich the political elites and their surrogates?

* The Auditor-General found government Ministry payments of US$7 280 598 and
$232 187 525 that were not supported with receipts, invoices, “goods received notes” and competitive quotations as is required at law.

How many hospitals would that looted money run folks? How many pensioners would have been paid from those millions?

Do you now understand what I mean when I say that corruption is our real issue and that it is the central reason why we have gone down and that is why we need major Political Reforms?

Do you also understand that the refusal to implement Political Reforms is rooted in not wanting to stop this theft, as reforms would put an end to this embezzlement of State funds?

* According to the Auditor-General, the Zimbabwe Power Company (ZPC) paid R196 064 in 2016 to a company called York International for gas.

The gas was NEVER delivered and nothing was done about it.

Who owns York International, who sanctioned this transaction and are they still not employed at ZPC?

Why isn’t the media following up on these facts instead of just reporting on them?

Why is the opposition quiet about these things and to what extent can they claim legitimacy to rule when they fail to ask simple questions of this nature?

Are they even documenting all this evidence for posterity or they are just obsessed with the “MaJiggies” narrative?

Why can they not mount protests against Corruption and demanding Political Reforms at the same time since it is now indisputable that only political reforms can stop corruption?

Corruption is killing or has already killed this country, it is the most serious thing that must be stopped in our time!

* According to the Auditor-General, ZESA paid US$4.9 million to a firm called Pito Investments for transformers 9 years ago. 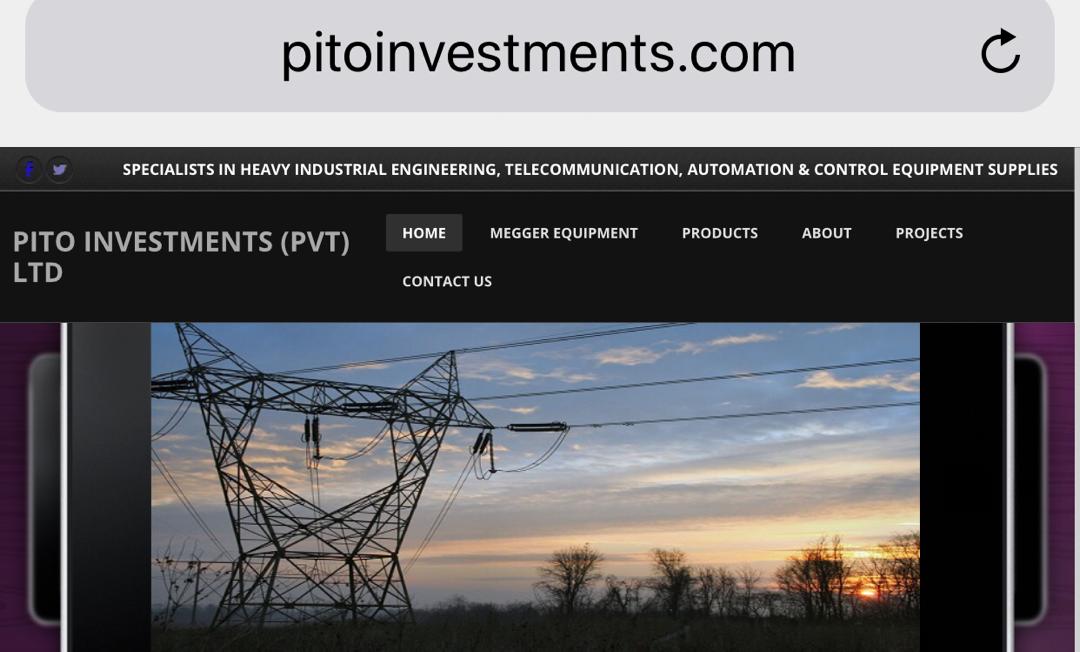 Again as has become the pattern and norm, the transformers were never delivered.

The Zimbabwe Power Company also paid $560,000 to the same firm and again no equipment was delivered.

An Alexio Chideme owns Pito Investments, again has our media followed up on this? NO they haven’t!

What has the opposition MDC said about this? Nothing!

* According to the Auditor-General, in 2017 Zimbabwe Schools Examination Council (Zimsec) outsourced the printing of the June and November 2017 examinations spending a mind blowing
US$2 170 113.

Yet just a year earlier, Zimsec had acquired its own printing press.

Do you now understand what I mean by CORRUPTION & THEFT being our real enemies and NOT Sanctions that can be removed today if ZANUPF stops abuses against citizens?

The examples I have given above are a good illustration of why Zimbabwe needs Political Reforms that will allow the State institutions to be strong and independent from Political interference!

These institutions need to be run by professional and appropriately qualified citizens as opposed to those hired through nepotistic networks in order to cover up and further the looting of these state owned parastatals!

Parastatals must be accountable to parliament when they spend anything above $50.000 and as publicly owned institutions, their actions should be published regularly!

The management must be recruited through public interviews and parliament must ratify their appointments after being fully satisfied of their competences and qualifications.

Only when President Emmerson Mnangagwa agrees to these logical basics will we take him seriously on his corruption rhetoric, otherwise Zimbabwe NEEDS an urgent change of direction if it is to survive the battering brought onto it by Corruption, Incompetence, Nepotism, Mismanagement, Theft and partisan Embezzlement under ZANU PF rule!

The President told the nation that he is preparing a sjambok covered with salt and hot spices to beat up and inflict pain on the business community for price hikes, WHEN will he prepare one for those around him who are self-evidently Corrupt, Incompetent, Nepotistic and Thieving?

He now has the evidence from the Auditor General, more is also available in the secretive NSSA report.

As President Paul Kagame said yesterday in Rwanda, the Zimbabwean President and his government must first convince their citizens that they are serious!

Also as former South African President Thabo Mbeki said to President Mnangagwa, saying you won elections is not enough when nothing is changing on the ground!

Zimbabwe needs Political Reforms and the opposition must either show that it is ready to govern by making sure that they force these reforms to be implemented or simply not bore us with legitimacy issues when they can’t lead from the front!

It is a shame that this is happening on our time, future generations will not understand why we let this happen and let them down by leaving a battered country with nothing but huge debts.

He is a Harvard University Nieman Fellow, CNN African Journalist of the year and CNN Television Journalism Fellow. He is also a Fellow at the University of Oxford’s Africa Leadership Institute.

The late superstar Oliver Mtukudzi wrote the soundtrack for State of Mind.

You can watch the State of Mind trailer below.

Chin’ono launches TV talk show: ‘On The Record with Hopewell’ every…