Eight truck drivers and two security guards employed by Sinohydro in Hwange have been fined for stealing fuel that they drained from the company’s trucks for sell. 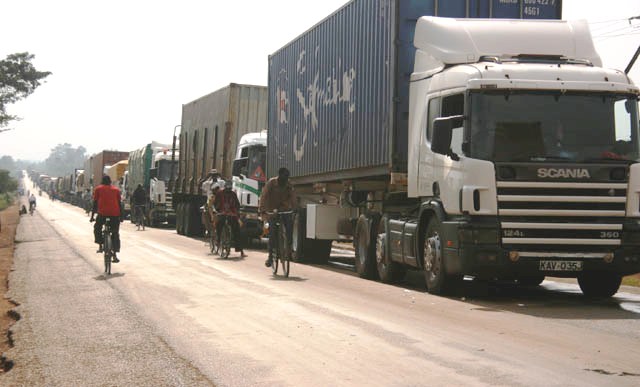 The eight drivers bribed the two security guards with RTGS$5 each for them not to be searched at the exit gate.

The offences were committed at night last week on Monday and Tuesday.

They pleaded guilty to theft when they appeared before Hwange magistrate Ms Barbara Phiri.

Ncube, Hamutoni and Dube drained 175 litres of diesel from some trucks that were parked in the company’s premises while their colleagues Khumalo, Karape, Navaya, Phiri and Saein stole five litres each.

Ncube, Hamutoni and Dube were each fined RTGS$300 or six months in jail.

In addition each was sentenced to four months in jail which was wholly suspended on condition that they restitute RTGS$303 to the company for the stolen fuel.

In addition each was sentenced to two months in jail which was wholly suspended on condition that they each restitute the company for the stolen fuel.

Prosecuting, Ms Jamesina Makanza said the company’s management reported a case of theft after being alerted by some drivers that fuel had been stolen.

“On the 11th of June 2019 during the night, the accused proceeded to Sinohydro substation where they drained 175 litres of diesel from parked tipper trucks. The offence came to light the following day when a driver discovered drops of diesel near the tipper truck prompting management to make a police report,” said the prosecutor.

She said the drivers each bribed Mudenda and Mupande with RTGS$5 each to avoid being searched. The Chronicle