Women who appear on a video circulating on social media beating up a lady accusing her of cheating are now on police wanted list. 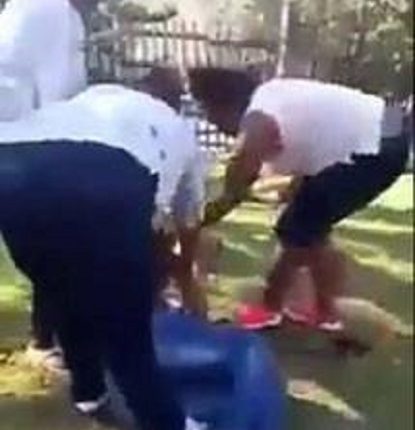 National police spokesperson Assistant Commissioner Paul Nyathi confirmed the incident appealing for anyone who may have information leading to the arrest of the women to report to any nearest police station.

“The Zimbabwe Republic Police would like to warn members of the public who take the law into their own hands against anyone who wrongs them that they will face criminal charges,” said Ass-Comm Nyathi.

“Investigations to bring the perpetrators circulating on social media beating a lady have begun and we are appealing for information that may lead to their arrest.

“We urge people to report all cases to police and avoid taking the law into their hands,” said Ass-Comm Nyathi.

Meanwhile, Ass-Comm Nyathi also noted another incident of a police officer being beaten by members of the public whose video is also circulating on social media saying investigations have also begun.

In another unrelated case, national police spokesperson said there is an operation to clear money changers conducting their business in street corners.

“The Zimbabwe Republic Police would like to confirm an operation by police to clear all forex dealers from street corners,” said Ass-Comm Nyathi.

“There is an increase in cases of robberies where criminals are targeting money changers when they monitor their illegal transactions on streets.

“We are urging people to use registered financial institutions when changing their money,” said Ass-Comm Nyathi.

Police rounded up a number of illegal forex dealers yesterday in an effort to reduce criminal activities being fueled by their illegal activities. H-Metro