A bizarre picture of President Emmerson Mnangagwa with slices of bread stacked up on an armrest in the back seat of a car he is being chauffeured in, is doing the rounds on social media. 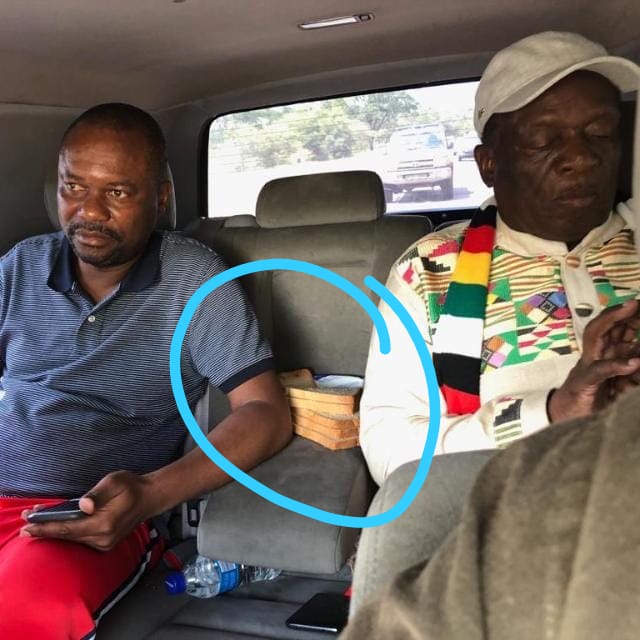 The president and his aides in the car have been slammed for exercising poor hygiene.

It’s not yet immediately clear when the picture was taken but Mnangagwa’s escort vehicles of Toyota 4×4’s can be seen in the background.

Mnangagwa has some bizarre habits. His continued insistence on wearing his scarf no matter the weather or event has invited suspicions that he believes it has some juju powers.

Stephen Sarkozy Chuma: Mnangagwa is the father of machete gangs

Mnangagwa won’t fly out as he goes on annual leave