“We have become the talk of the village because of the mysterious monkeys found by these prophets,” said Lethiwe Ncube. 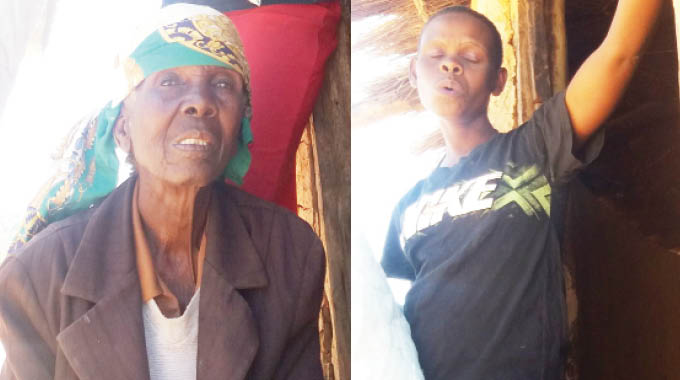 Ncube is the granddaughter of Edna Tshuma, the first wife of the late David Tshuma, who allegedly kept goblins at her homestead.

Ncube discovered this “revelation” when she was told by a band of tsikamutandas that there were goblins that needed to be removed from the family’s homestead at Esikhoveni Village in Esigodini. The home belongs to Edna.

Puzzled and bewildered Ncube was at a loss for words as she couldn’t believe what came from one of the tsikamutanda’s mouth.

The tsikamutandas then went to the homestead with Ncube and from nowhere removed a monkey from her suitcase.

“I was much shaken when they found a monkey in my suitcase, I use it from time to time but never have I seen a monkey. The suitcase normally has a blanket inside and nothing else,” said Ncube.

How so when the suitcase is used regularly?

“What makes it even more troubling is that I had used the suitcase the day before the prophets came and there was no monkey,’’ she said.

The tsikamutandas went to the second homestead belonging to David’s second wife where they found two monkeys.

Just like their modus operandi when they find “goblins” in the form of strange looking clothes and other things the tsikamutandas burnt the monkeys at a public gathering away from the homestead.

“The tsikamutandas took all three monkeys which were found and burnt them before our eyes. The monkeys never made a sound but just stood still while being burnt alive,’’ she said.

The witch-hunters claimed the monkeys were behind the family’s misfortunes.

“What hurt me most is when they told me that these monkeys were hindering me from getting married and finding love,” said Ncube.

The tsikamutandas didn’t charge the family yet because they vowed to return to finish the cleansing ceremony.

Killing a wild animal is a crime that carries a jail sentence.

“It’s illegal. One can be jailed for that,” said Tinashe Farawo the spokesman for Zimbabwe National Parks (ZimParks). B-Metro

Asaph opens up on addiction