As a taxpayer who is religiously paying for the upkeep of public broadcaster ZBCTV, I am disappointed at how this station is packaging its news content. 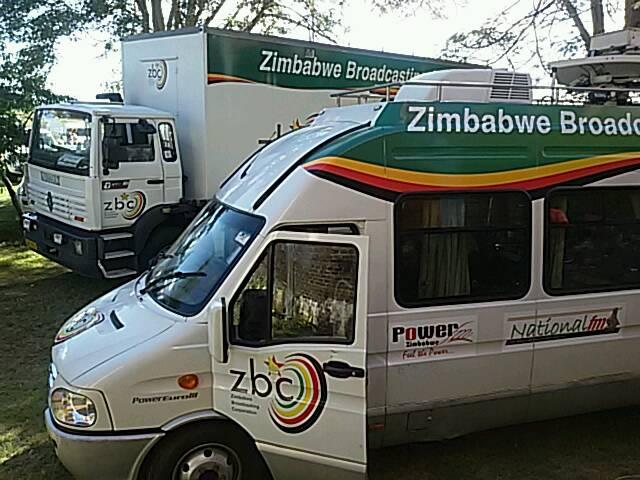 The issues I will raise in this instalment are not just manifesting themselves now but they have been happening over the years.

At times we point them out and we are ignored.

ZBCTV should know that television broadcasting is an art and it has to be beautiful, TV has to be exciting to watch.

Apart from being a concerned citizen, I hasten to say that I am also a journalist and naturally my ‘favourite’ programme on ZBCTV is the main news bulletin at 8pm.

I watch ZBCTV religiously because it gives us the thinking of government regardless of the fact that even its propaganda is poorly packaged.

My first issue with the broadcaster is their failure to attach names and titles of analysts, commentators and even diplomats when they appear on the screen.

In the middle of a story someone just pops up and begins talking and you hardly know who that person is, what he/she represents.

Such broadcasting is pathetic; it also borders on laziness on the part of producers at the station because that is part of their work.

What annoys me most is that when a minister or other high ranking government official appears on the screen; his or her name is attached.

There are people in the production department who are not doing their work properly and they are lazy, yes, they are lazy.

I am not a broadcaster myself but I am sure these bulletins should be rehearsed somehow before the actual screening to see if the tapes are playing and if they are the right tapes for different slots.

It is embarrassing that over the years we have witnessed the same mistakes happening of pictures not corresponding with the newscaster’s story.

Their presenters have fortunately mastered the art of apologising and at times you might be forgiven to think that even the apologies have scripts!

At times the images just vanish and more often you have the newscaster looking puzzled and confused as he/she doesn’t know whether they are on screen or not.

My second issue with ZBCTV is on languages.

In Zimbabwe we have 16 official languages and I am happy that at times they have villagers deep down in rural remote villages speaking in their own languages; it might be Kalanga.

But not all Zimbabweans hear Kalanga, hence without any voice overs in English no one except the Kalangas can follow the story.

Even comments in Shona or Ndebele should have voice overs; this is what modern television broadcasting entails.

ZBCTV executives should take time to analysis how international broadcasters package their news bulletins; even Shona or Ndebele interviews are carried on these stations but they are covered with English voice overs.

Apart from Shona or Ndebele languages, international television stations broadcast people speaking in their own languages but everything has English voice overs.

Why can’t we do it here? There are lazy people at ZBC; imagine if it were print or newspaper, could you afford to place pictures of analysts without their names and get away with it?

ZBCTV executives should spare us a thought and move with the times; we are no longer living in the Stone Age, television is evolving everyday but these guys are slow, too slow.

And even propaganda can be packaged well and I have problems with a single news item taking 15 minutes. People, a look at CNN, BBC, ENCA or Aljazeera will show you that 15 minutes is a long time and it actually comprises the whole programming. A minute in television is just but too much for modern television!

Are these guys at ZBCTV trained as broadcasters because I haven’t heard of a television or radio school or college in Zimbabwe? Where are these guys trained?

It reminds me, maybe in closing, of a time not so long ago when ZBCTV used to screen live local soccer matches and there you could see that broadcasting standards are at their lowest as they could not even play replays of goals. Yes, it was sad because if you miss the scoring action you were never to see it again!

But what was annoying were their commentators; oh my God; there was one of them whose commentary was so out of touch with television as he went toe to toe with the ball or even faster than the ball. And I was saying this is not radio, STUPID!

Football commentary on television is different from that on radio because on television people are watching the game for themselves and commentators are there just to spice up things and throw humour and statics here and there. And not broadcast every kick, fall or dribble.

Television; what television, my foot!
DailyNews