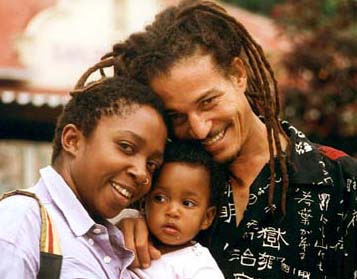 When veteran mbira player Sekuru David Tafaneyi Gweshe took to the stage at the Mbira Festival last week, he decried the manner in which Zimbabwean stories are not being celebrated.

According to Sekuru Gweshe, mbira players now command more respect in European capitals than in their own homeland.

The emotional Sekuru Gweshe made a chilling prediction, suggesting that the mbira instrument may cease to be an instrument used to identify music from African countries, especially Zimbabwe, unless something is done.

“If you go to other countries, you will see that they are serious with the development of mbira.

“Some of the designs can make you wonder if the instrument still represents us.

“You will only hear with the absence of rhythmic flair that the instrument was adopted,” he said.

One after the other, speakers at the Mbira Festival kept asking if enough is being done to ensure that there is tangible Zimbabwean heritage for future generations to see and enjoy.

That questions stretches beyond mbira to other facets of the Zimbabwean creative industry, where there appears to be minimal effort being put in ensuring that phenomenal stories and individuals remain alive in people’s minds.

It has been over five years since one of the finest musicians Chiwoniso Maraire died. Since then, beyond remembrances by family and friends, there has not been much movement in immortalising the songstress.

This will evoke curiosity in generations to come on who Chiwoniso was, but as it stands there has not been anything significant done from a public point to honour the lady who travelled the world as an artistic ambassador of the country.

Cementing an achiever’s name in the books of history makes more sense if they are still alive.

One wonders why Peter Ndlovu, the best footballer to ever come out of Zimbabwe does not have anything that tries to capture his prowess in the Zimbabwean public domain.

In South Africa, most of their public stadiums are named after historic figures, like the Peter Mokaba Stadium in (Polokwane) and Moses Mabhida Stadium (Durban).

It would not be a misgiving if Barbourfields is renamed in honour of the Flying Elephant, who was the first African player to ply his trade in the English Premier League when it was reformatted to the current system in 1992.

If renaming the whole stadium appears a stretch, even a bay can suffice.

At Manchester United, after the retirement of their long serving coach Sir Alex Ferguson, they renamed one of their stands in his honour, the same could be done for Peter Ndlovu.

It is very easy for a legacy to be forgotten and one of the country’s finest writers is one of the victims of such a worrying reality.

In 2017, when The Herald visited Dambudzo Marechera’s childhood home in Vhengere G-Section, Rusape Mbuya Chipaumire who is the current occupant of the house had no idea that there was a history attached to it.

“We got this house from council, when my husband was still alive. I understand the previous owner was a mortuary attendant,” said Mbuya Chipaumire.

She added, “I have never heard about Dambudzo Marechera, but I understand that my husband was somehow related to the previous owner of this house.”

Instead of turning it into a memorial library, Rusape Town Council repossessed the house, soon after Dambudzo’s mother’s death in the late 1970s eroding its history in the process.

That has been the tragic case with many local heroes whose names are forgotten a few weeks after they move away from the limelight.

However, prominent achievers in society can also play a part in ensuring that their legacies remain intact.

Simple things like writing biographies, producing documentaries can help in ensuring there is a point of reference when people decide to revisit history.

Veteran guitarist, Mono Mukundu has been leading from the front writing books about his illustrious musical career.

People like Moses Chunga, Thomas Mapfumo, Oliver Mtukudzi, Bothwell Nyamhondera and other Zimbabweans who have been in their respective fraternities for decades can share insights on what they saw and experienced over the years.

That way it becomes easier to immortalise a documented narrative.