By Blessings Mashaya and Helen Kadirire

The Zimbabwe Nurses Association has revealed that many patients are now dying at public hospitals due to the worsening shortage of drugs in the country. 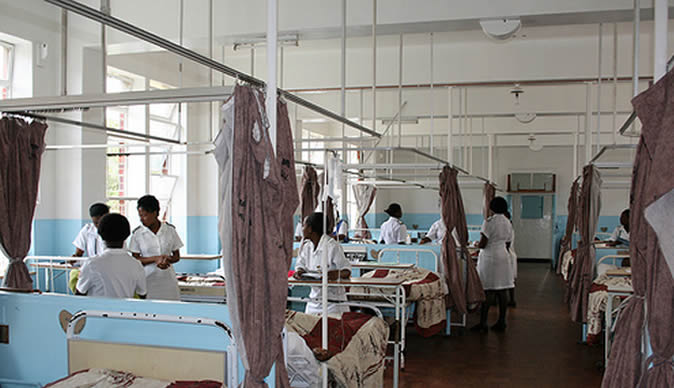 This comes as pharmaceutical companies have also warned the government that thousands of patients more risk dying as the health sector continues to fail to import much-needed medicines due to the country’s biting foreign currency crisis.

Although authorities recently released some money for the procurement of key drugs, this was hardly enough to meet the requirements of pharmacies, as well as both government and private hospitals.

Zimbabwe Nurses Association secretary-general Enock Dongo told the Daily News yesterday that nurses in the public sector in particular were watching “helplessly” as patients were dying after failing to get drugs.

“As nurses, we are not happy with the situation in our hospitals. We are saying that the government must urgently look at this issue.

“We don’t have anything to use and we feel sorry for patients. We are watching them dying as many of them are failing to buy drugs which are now being sold in US dollars.

“I think the crisis in the health sector is not being handled well at all,” the despairing Dongo said.

Zimbabwe needs about $400 million per year to meet its full drug requirements for both public hospitals and the rest of the health services sector.

But due to the country’s worsening foreign currency shortages, Zimbabwe has been battling to have normal stocks of essential medicines.

The Pharmaceutical Wholesalers Association (PWA) has said that the current economic turmoil has had “a devastating impact” on the health sector.

“The situation deteriorated sharply over the past three months during which the association was allocated five percent of the foreign currency it needed.

“Collectively, association members owe their foreign suppliers $27 million, and this has led to the suspension of credit facilities, and suppliers now demand prepayment of any new orders,” it said.

It also warned that it would take a long time to have enough drugs in the country once the supply chain dried up, as importing key medicines into the country took between four and six months on average.

Health and Child Care deputy minister John Mangwiro said the government was working hard to try and solve the problems being experienced by the health services sector.

This comes as Zimbabwe’s health delivery system is battling myriad problems, primarily as a result of the worsening economic climate and the government’s incompetence.

In the past, major referral hospitals had to suspend many critical services as a result of collapsing infrastructure and the shortage of drugs, including painkillers.

At the peak of its economy, Zimbabwe did not import most of its drugs due to the then healthy state of its pharmaceutical industry, which was dominated by CAPS Holdings.

However, CAPS has been teetering on the brink of collapse for most of the past five years, when it started experiencing severe financial problems.

The struggling drug manufacturer accounted for 75 percent of the local healthcare products market — and was involved in the manufacture, wholesale, distribution and retail of pharmaceutical, consumer and veterinary products.

Today, the company is only operating one of its four plants in the capital Harare, as a result of a lack of funding — leaving the country’s health institutions with no option but to procure medicines, including intravenous drip water, from outside the country. DailyNews