Commuter omnibus operators in Bulawayo have increased fares by 50 percent and warned of another hike should the ongoing price madness gripping the country continue unabated. 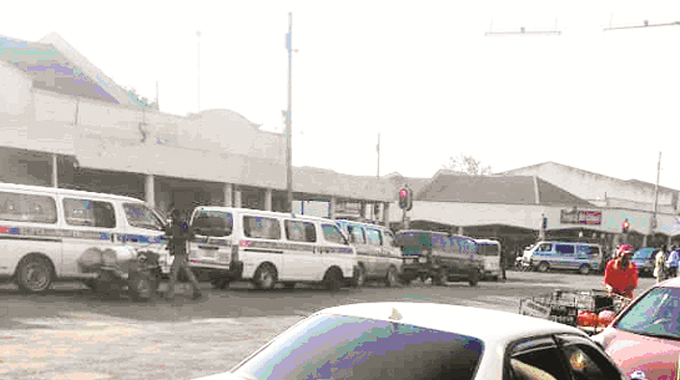 The kombi fares shot from 50 cents to 75 cents for a single trip, drawing condemnation from commuters who feel the hike is unjustified given that the price of fuel remains unchanged.

Commuters who spoke to The Chronicle yesterday expressed outrage at the latest development which came into effect on Monday.

A trip to most suburbs is now pegged at 75c and kombi crews attributed the hike to artificial fuel shortages and escalating prices of commodities.

Last month, fares on some routes were temporarily hiked to $1 under unclear circumstances before operators reverted to 50 cents.

Kombi operators said their business has been adversely affected by escalating operational costs.

They said their hopes were pinned on the Government as operational costs were crippling their operations.

The Chronicle spoke to Tshova Mubaiwa Transport Corporation, Bulawayo City Transit (BCT) and Bulawayo Public Transport Association representatives who shared the same sentiments on the state of the transport industry in Zimbabwe.

He said although they have not yet received approval to increase the fares, they have since hiked fares as they are simply reacting to the prevailing price hikes situation.

“Things are very hard for us and we also admit that things are equally hard for our customers. We haven’t received a positive response from council. At the moment we are almost providing a free service to the public,” said Mr Pondo.

“Right now almost everything is expensive. Most prices increased by more than 300 percent. A car battery that was $180 is now costing $554. Engine oil was $24 but if you go to any shop you will find it’s now $150. These retailers are demanding US dollars.”

Tshova Mubaiwa marketing and managing director Mr Ndaba Mabunda said the fare hike was justified, arguing that they are adapting to the current economic situation.

He said they held a crunch meeting with taxi operators and unanimously came to the decision to increase the fare by 50 percent.

Mr Mabunda said commuters should brace for another increase if nothing is done to contain the price hike madness currently gripping the country.

He said the association was hoping that Government would subsidise fuel and spares for public transporters to ensure that they stay afloat.

“We are the oldest transport association in the city and perhaps the country. We have established good relations with our customers and we understand that in as much as we are suffering, they also bear the brunt of the situation caused by the state of the economy. So in our action, we need to find a solution that will serve both sides. The situation is tough out there and a number of kombi owners have ceased operations due to the tough environment. Our only hope now is for the Second Republic to help us and regulate our industry,” Mr Mabunda said.

BUPTA spokesperson Mr Keeper Ndlovu said transport operators had not changed the bus fare since the introduction of the multiple currency system in 2009, only for them to hike now.

The increase has irked commuters who feel the move will wipe away their meagre incomes and raise the cost of living.

They said the hikes were unjustified since fuel cost remains unchanged.

“I feel robbed of my hard earned money. Already I’m losing it over the increase of prices of basic commodities. What these kombi operators are doing is unjustified,” charged one of the commuters from Pumula South suburb. The Chronicle