Njube High School in Bulawayo has come under the spotlight after a sex and drugs scandal emerged at the school. 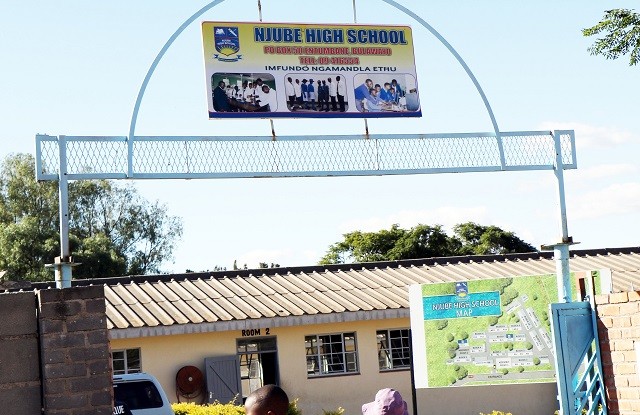 Five Njube High School pupils appeared in court for allegedly attempting to rape a 14-year-old girl from the same school at the school grounds.

The teenagers, aged between 16 and 18, were in the company of another friend, who is still at large, when they tried to rape the 14-year-old in March this year.

Western Commonage magistrate Tancy Dube heard that the boys had been smoking weed with the girl at the grounds, before attempting to rape her.

ZNA claims abducted soldier was fired from army over sex…

One of the boys allegedly asked to have sex with the juvenile but she refused.

The teenagers allegedly ganged up on the teenager and tried to rape her.

The pupils pleaded not guilty to attempted rape.

They denied having been with the girl on the particular day.

Dube remanded them out of custody to June 18 for continuation of trial.

According to papers before the court, the girl tried to fight the boys off but one of them tripped her and she fell.

The boys removed her panties, arranged to have one of them rape her while others held her and shut her mouth.

The one instructed to rape her unzipped his trousers wanting to rape her but a teacher approached and the boys fled the scene with the girl’s panties.

The court heard that one of the boys returned the panties hours after they had committed the crime.

The matter came to light when the girl reported it to her Geography teacher, leading to the arrest of the boys. B-Metro

Jacob Zuma poised to bring ANC down with him

Man cripples wife…. drives car for over 100 metres with her clinging on the…