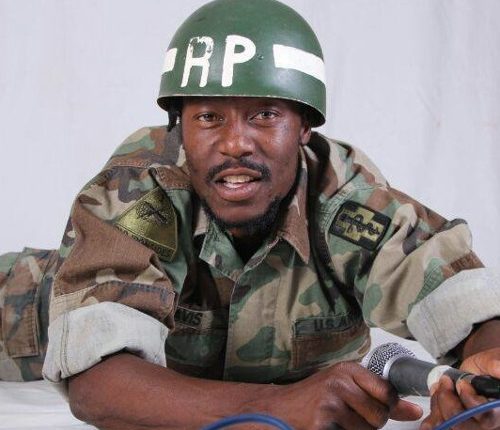 By Tsitsi Ndabambi
Many times Zimbabwean dancehall artistes fail to break the local and international market simply because of lack of meaningful lyrical content. Informed young and mature music lovers prefer lyrics that make sense, talk to them and their business, educational or social lives as well as their dreams, hopes and aspirations; things that they can identify with.

Unfortunately most of the times dancehall artistes are short-changing the meaning of the word ‘‘art’’ by just throwing together words that are not extraordinary and expire in the thin air normally in less than two years or so, that even in music history that ‘‘music’’ can never be found.

This is a different issue with the legendary music of yesteryear artistes; talking of the late great Leonard Dembo, Andy Brown, Marshal Munhumumwe and the living legends Oliver Mtukudzi, Alick Macheso and Thomas Mapfumo, whose music is making an impact worldwide.

Sadly these youngster’s music is like feeding a hungry stomach with a snack. To the tongue it is very delicious but it is a morsel that will never kill the hunger so is this popular genre in youth circles. It is played at parties and top gigs all night long with people dancing only to be forgotten about later on.

Day in day out these youngsters walk in and out of studios releasing endless albums, it takes the ‘‘normal’’ dancehall artiste just a week to write and put together an album but never taking time to work on at least one hit song that can sell them.

They mainly focus on lashing out at each other or self-praise and bootlicking producers and promoters who never even give them the much sought after spotlight except for a few crumbs or nothing at all for their performances, hence their mediocre lifestyles compared to other talented and professional musicians.

The other problem is their talent is killed by trying to be Jamaican singing and speaking a dangerously flawed version of patois; a language that sounds so fake that all the lyrical content is then compromised shutting down the ears of the listener who is strained from trying to figure out what the musician is trying to say.

One outstanding player reggae dancehall artiste Darlington Tongai Zhanje aka Dhadza ‘D’ tackles a subject on hygiene in his recently released song, ‘‘M’kati Imomo’’ (in there), where he encourages people to clean themselves up especially in hidden parts and the undergarments.

Ironically it is whispered that people who love reggae or Zim dancehall are said to be unhygienic and immoral especially with regards drug addiction, so Dhadza is not hesitant to advise people about where to wash themselves to avoid unpleasant stenches in his new message.

The fact that he tackles things that people live with every day makes this song very relevant and can change the mind-sets of those who are said to be unhygienic. It may be deemed to be offensive to point out that a person is smelling but thumbs up to Dhadza for encouraging cleanliness through song.

By being a pacesetter and a role model, automatically in this simple dancehall song that contains rich lyrics, makes an impact to the listener changing a part of their lives by just passing on the message of observing hygiene by simply brushing teeth, shaving, washing socks or underwear and so on. This therefore becomes a totally good message that prevents even sickness and diseases.

As his motto says ‘‘Chargee’’ Dhadza D was charged up when he worked on this song which will last for generations and hopefully more will follow even for other artistes.

“What keeps me in the game is my stage performance. I am more of a performer than a recording artiste. When it comes to making hit songs, I have realised that I am good at addressing social issues and reality which touches people and so far this song ‘‘Mukati Imomo’’ has made an impact in my fans and it is going to change people’s views on marasta. It will encourage ghetto youths to keep up with cleanliness which they say is next to Godliness,” said Dhadza.

If these youngsters take time to change their game plan just like Gary Tight, Mbeu, Winky D and Guspy Warrior they will definitely compete with the roosters at the top of the musical barnyard where they can crow with the top birds! The Herald