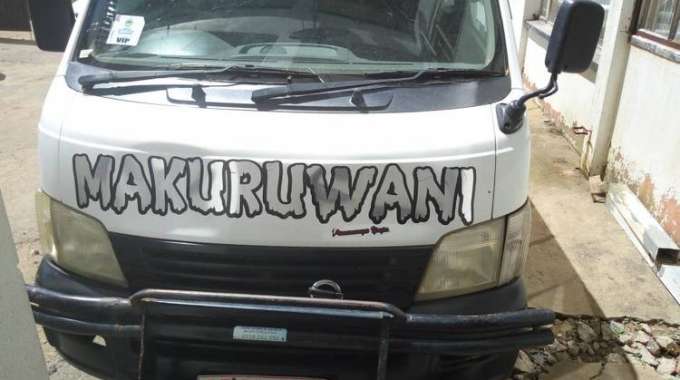 The spotlight has been shone again on the nefarious activities of Zimbabwe’s wayward artistes with hard drugs allegedly being at the centre of their bad behaviour with big names in the industry being linked to a lair in the Avenues area of the capital.

We can exclusively reveal that so infamous has the place become, that other tenants at the flat have written a petition to the owner of the share-ownership property demanding that they chase off the shady tenants of number 12 Mordon Place.

At the height of the infamy, police were even drawn to the lair last weekend on two separate occasions and busted the players in the crack-house and sex for sale haven for the alleged nefarious activities.

“These young artistes including Soul Jah Love and another (name withheld to protect a resurgent career after a demise) who is an actress, radio and television personality have been frequenters of the house which houses several known prostitutes at any given time and the residents are irked by their shady activities,” said a mole.

Fresh from the sad chapter where artiste Zhettstar and Tererai Mugwadi had their soft-porn video leak leaving them with egg on their face, amidst a confession from Zhettstar that they were high like kites on some intoxicating substances, this new low is cause for concern in an arts sector plagued by the abuse of drugs and alcohol by the young impressionable artistes.

But all the more worrying are revelations that artiste Soul Jah Love, who is himself not a stranger to such links with narcotics and abuse of intoxicating substances, had his work commuter omnibus (kombi) impounded by the drug peddlers for his failure to settle an undisclosed amount of money in lieu of drugs and other unrevealed services he may have received.

“It is true that the kombi, inscribed with the Conquering Family address and the ‘Makuruwani’ emblazoned on it, belongs to the artiste and it was taken from him for his failure to pay the people in flat number 12,” said another source.

The lair is officially occupied by four adults; three women and a man, with one of the women being a mother of a new-born baby. All that in spite of it being a one-bedroomed apartment.

The new mother, identified only as Fiona, has, however, moved out of the flat after it started inviting negative attention as residents escalated their attempts to have them evicted and return to normalcy once again.

She now frequents the pace as a “returning resident” time and again. Her services, or continued links to the flat, remain hazy.
The owner of the flat, who recently moved out at the end of last year to make way for her wayward tenants, had not been all too understanding of her erstwhile neighbours to have her evict her little horde so much so that the tenants have had to enlist the help of the Old Bill.

“We never wanted to have the police involved but once there is a lack of understanding, the police are the best people to approach in order to restore order,” said a tenant.

Yet it is ghastly acts, like the sight of a client walking out of the flat and removing a condom in full view of another tenant and her child and tossing it onto the caretaker’s roof that has gotten the once quiet and orderly community seeking the exit of their fellow tenants.

“It is no longer a safe place for us and our families,” said one of the tenants bluntly.
Reached for comment, the owner of the flat, Ms Hazvineyi Yaka, had her words set. She feigned not knowing anything about the issue in spite of the fact that a petition written to her attention was sent to her and she is in contact with the other tenants who are unhappy with goings on at her flat.

The self-styled war veteran added that those who have a problem with the residents in her flat should do something about it. As long as she gets her money it would seem she cares less about what goes on in the house she left behind.

With constant midnight fights and diminishing safety as more and more strange faces make a beeline for the flat, it is the safety and security issue that has also piled to the woes of tenants, who have been forced to lock the outside world out as they use one monitored gate.

That move however, has inconvenienced them as they seek to improve security but have to use a dingy unsafe out-way in the access road to make their way in and out the flat’s compound.

Not only is the out-way unsafe, it also borders the Econet shop which is home to a large mound of garbage that has become a putrid eyesore as neither the City of Harare nor Econet is clearing the dump in the name of either statutory obligation for City Of Harare or Corporate Social Responsibility for Econet.

The issue of abuse of narcotics and other substances has become a big problem in the local arts industry.
According to the Ministry of Health and Child Care, 45 percent of all mental cases are triggered by drug and alcohol abuse.
Mental health manager in the Ministry Ms Eneti Siyame recently said statistics showed that 57 percent of all admissions in psychiatric institutions are due to drug and alcohol abuse.

A doctor at Parirenyatwa Group of Hospitals revealed that abuse of prescription drugs continues to be on the increase among youths in Harare with several youths having been admitted at Annex Psychiatric Unit at some point following mental disorders as a result of drug abuse.

“We have so many youths who have been rehabilitated at Annex as a result of drug and substance abuse,” he noted.
“Codeine among other drugs is said to be the most commonly abused by the youths and it is usually mixed with drinks.”
Another source revealed that codeine is pounded into powder which is then mixed with a substance found in fluorescent bulbs.
“Codeine is usually mixed with drinks, yoghurt or you can just take them directly. Most youths who have been seen at Annex conceded to have taken codeine,” revealed a source.

The doctor added that most of the substances abused causes accelerated liver cirrhosis and aspiration pneumonia which have claimed the lives of a number of young people.

“This mixture damages the liver and a number of young people have succumbed to this. It causes accelerated liver cirrhosis, significant and life threatening upper G.I bleeding and serious psychiatric conditions.

“It also causes ulcers that develop very fast leading to bleeding and vomiting of blood. If one passes out after taking the substance in excess, he/ she severely lose reflexes,” he added noting that substance and drug abuse was the biggest challenge the unit was facing.

Sources close to the police investigation say the problem lair is soon to be set straight as the police fight to combat abuse of substances. The Herald