A prosecutor has called for the incarceration of rowdy commuter omnibus drivers, saying their behaviour of driving recklessly was costing human lives and untold suffering in the country. 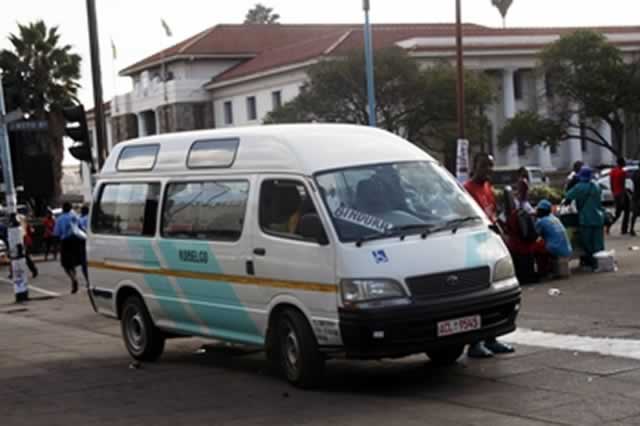 Mr Isheunesu Mhiti said the unruly drivers were turning the country’s roads into a traffic jungle.

He said this during aggravation following the conviction of Rexter Gurure, who was arrested while driving a commuter omnibus against the flow of traffic.

Gurure (26) was sentenced to an effective two years in prison for reckless driving by magistrate Ms Barbra Mateko after a full trial.

Gurure was prohibited from driving public vehicles for life while his licence was cancelled.

“Stiffer penalties will bring sanity to the jungle that our roads have become,” said Mr Mhiti.

“The nation has for sometime been subjected to untold suffering by commuter omnibus drivers who drive dangerously, causing traffic accidents.”

Mr Mhiti said courts should send a clear message to like-minded drivers that crime does not pay.

“Your Worship, a fine or community service will trivialise this offence, hence he deserves a stiffer penalty,” he said. “These kombi drivers are now a law unto themselves, therefore the need for the courts to intervene. A clear message needs to be send to would-be offenders.”

On January 8 at around 11am, Gurure drove his commuter omnibus against traffic heading towards Bank Street before he was arrested by police officers who were maintaining order in the CBD.

Meanwhile, another kombi driver Thulani Chitapata (20) was yesterday fined $300 by the same magistrate for contravening the Road Traffic Act.

He was facing five counts and for each count he was ordered to pay $50.

Failure to pay the fine on or before May 9, Chitapata risks going to prison for five months.

He pleaded guilty to picking and dropping passengers at undesignated places, driving a public vehicle without the mandatory five years experience and driving without a medical certificate.

Chitapata was also convicted of driving without a defensive certificate and stopping in the middle of the road and blocking free passage of other vehicles. The Herald

DeMbare lay down the law on Epoupa

Sex in kombi full of passengers