‘They are an ungrateful lot’ 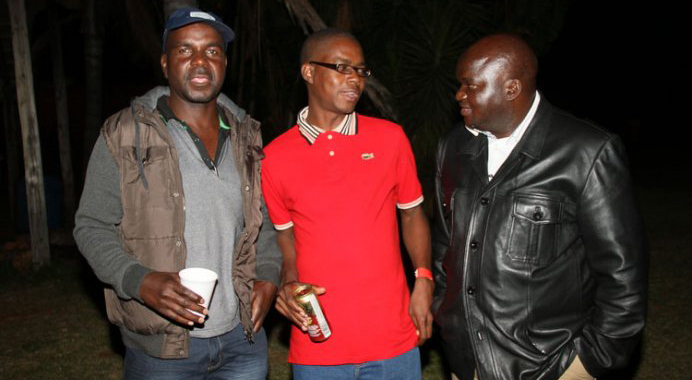 Very few remember Simba Gukutu. When he died, it was quite fortuitous that I came across the news of his passing.

Back in the day, Simba was a music promoter at about the same time as Nancy Manyaya (Presdom Promotions), Chris Musabayane (Ghetto Fabulous), Barbara Chikosi (Red Rose Entertainment), among a host of others.

His gig was called Moonlight, if I am not mistaken. And he used to run a printing company similarly named.

It so happened that in 2006, my apologies if my memory fails me on this one, Simba arranged what he thought would be the mother of all live musical shows.

He hired Old Hararians (venue), Oliver Mtukudzi, Leonard Zhakata and First Farai (the musicians). His bet, I am sure, was on Mtukudzi and Zhakata.

To him this was a life-changing show. Indeed, it changed his life, but not in the manner he had envisaged. It must have been a February or March billing (again, forgive my memory).

And as fate would have it, on the day of the performance, it rained incessantly. To make matters worse, we were at the height of power outages and someone at Zesa did Simba no favours by switching the electricity on and off several times.

The result: A handful of people attended the mother of all gigs.

Those were the days when Mtukudzi was handled by Debbie Metcalfe and I am sure by then the musician would not confirm a performance without his dues. Same for Zhakata. First Farai said he got his dues upfront.

The long and short of it, Simba was counting his losses that evening, he lost his house which he had mortgaged to the show and within weeks it was rumoured he had left the country for South Africa.

The next – and last – time I was to meet him, was in Messina when I went to cover the Thomas Mapfumo performance just across the border. That was in 2014. I tried not to relive the Old Hararians experience, my guess being that the guy was on the mend.

And when he died, must have been in 2016 (see, I am even struggling to remember) very few people took notice. That is just how unthankful the entertainment industry is, particularly music.

Then the other scenario.

Prince Tendai helped many musicians to start off their careers. In fact, he saw an opportunity window in music. Reason why, in spite of his personal wealth (Prince Tendai was not your typical musician, he did not survive on music), he did some enticing videos. He wanted fame from music – fame which, unfortunately, was to consume him. Prince Tendai was killed by the Akon and Sean Paul musical show at the National Sports Stadium. That show was in August 2010.

Technically, the show was a flop, such a flop that Prince Tendai suffered psychologically and could not handle the stress that followed. He went into hiding thereafter, with reports filtering in that he had suffered a nervous breakdown, only coming back to Zimbabwe to die. He died a bitter man – music had killed him.

Same way Simba Gukutu had been killed by music, albeit at different scales and proportions.

I have not heard or met Nancy Manyaya for a long time now. I am sure she is alive somewhere. She has gone so underground that even a search on Google yields some fun-sounding related names. From time to time I converse with Mai Chikosi, in fact, I see her as a mother figure. And she has whispered to me that she might not be getting back into music promotion any time soon.

“They are an ungrateful lot,” she said, without mentioning any names. Musicians, I reasoned.

My home-boy, Partson Chimbodza, says he is done with music promotion. “I did it for the fame, Gari,” he said, when we met at Mudhindo township over the Christmas holidays. At the back of my mind I knew he was being economic with the truth. Or he was simply putting up a brave face. Or he was downrightly being diplomatic. His fingers must have been burnt, and big time.

And there was the Diasporan Beauty James. She must have heard stories of how easy it was to reap off the music scene. She did a flop at Harare Gardens – and just like Gukutu and Prince Tendai, she lies six feet under today.

So when I read the story last Sunday about Benjamin Nyandoro and Soul Jah Love parting ways, my mind went into a spin. See, Benji is a nice guy, he is more of an academic, the book guy. He goes by the book, so to speak. And I could not comprehend how such a “mannered” person could get into bed with Soul Jah Love (no disrespect to the dancehall guy) but something sounded wrong.

I got to know Benjamin through George Chimhini, the latter of whom I met at the height of urban grooves. And Chimhini, or GP as he was, and still is, fondly known, was managing a number of these artistes. Notably those from the Chamhembe stable. And, of course, Maroja, Xtra Large.

He should have learnt lessons through his teacher. To quote Mai Red Rose, “they are an ungrateful lot”. No matter how honest and straight-forward one seems to act, the end result is suspicion and more suspicion.

“Ah boss, I am sticking to my motor spare parts business. It is terrain that I know very much about.” The Sunday Mail