Churches unite in prayer for Zim

Churches around the country yesterday prayed for the nation to remain peaceful following the military’s takeover last week. 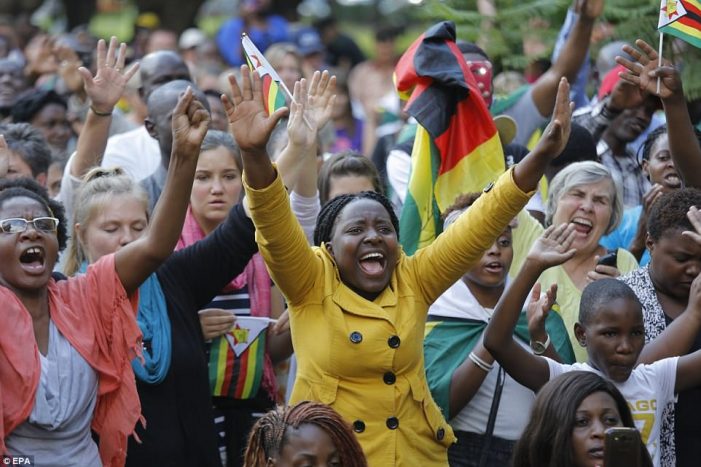 A snap survey carried out by the Daily News showed that churches in the capital city were preaching the gospel of peace, urging Zimbabweans to remain peaceful and praying for the military to receive wisdom from God.

Some of the churches visited yesterday included the Roman Catholic Church and New Life Covenant church.

At the New Life Covenant church, congregates were heard praying for a better Zimbabwe blessed with a functioning economy.

At Roman Catholic Church in the city centre the preacher told congregates that national leaders must not be selfish and they must learn to share with the poor.

Meanwhile Apostolic Council of Churches in Zimbabwe (ACCZ) life president Bishop Johannes Ndanga said he has been consistent that it is God who chooses and dismisses leaders.

“I have always said that if God decides that Mugabe’s term in office is over, it will not take Him seconds to remove him. God has all the power to determine and true to that He has decided, hence you see the army stepping in.”

Ndanga said since last year they have been dedicating most of their time praying for peace to prevail in Zimbabwe.

“The spirit had warned us of this, hence it has been a religious curse that we have been fighting through prayer. We always have had hope that God will help us and deliver us.

“We are glad that General (Constantino) Chiwenga and his soldiers have shown that they are religious people because they are following God’s law and have managed to maintain peace.

“As a church we are praying to God so that he can give the military the wisdom to deal with this challenge.”

He added that as a church they have been educating leaders on what this means and it seems the word has been received.

“While developments in Zimbabwe are changing at a fast pace than usual, as the church we would like to respond by offering godly counsel as events continue to unfold.

“Our hope is that throughout this entire political melee, lives would be preserved. Our appeal to all parties involved in the current dispute is that the Cross of Calvary which is cantered on forgiveness may remain the guiding moral campus.

“The nation has been hurting for far too long with the economy at an almost standstill, pensions and investments were lost but above all, we have killed each other for political reasons and this narrative ought to be a thing of the past if we want to move forward.”

Posting on his Facebook page after the Saturday march against Mugabe prominent businessman and clergyman, Shingi Munyeza, said:

“As I march today I celebrate and declare. Psalm 126:1-2, when the Lord brought back the captivity of Zion. We were like those who dream. Then our mouth was filled with laughter, and our tongue with singing. Then they said among the nations; ‘The Lord has done great things for them.’”

In a statement Zimbabwe Heads of Christian Denominations chairperson Ishmael Mukuwanda said all political stakeholders must respect the Constitution.

“We urge all citizens of Zimbabwe to cherish peace, unity, freedom equality, justice, tolerance, prosperity and patriotism as we choose for new frontiers under common destiny.

“We implore all stakeholders to respect the Constitution of Zimbabwe, be tolerant of different views and opinions while employing sustained dialogue as a mechanism of conflict management and transformation.”

Anglican Diocese of Harare CPCA said in a statement that Zimbabweans must unite for the good of the country.

Zimbabweans can find each other again like they did when the produced the current national constitution.

“Zimbabweans can find each other like they did when they shared power during the government of national unity. There is no chasm that is too big not to be crossed through the power of reconciliation.

Without reconciliation and openness to a process of shared national envisioning, we are all doomed.

“We can either take the current situation as a mere crisis to be resolved by a winner-takes-all mentality or we use this as an opportunity for us to find one another to build something that is permanently healing for our nation. The first option spells disaster for us and future generations.”

“We are praying to God for our country to remain peaceful because God loves the people of Zimbabwe who are anxiously waiting for their Canaan moment.”

Churches have in the past played a critical role in Zimbabwean politics.

The apostolic sect has been Zanu PF’s favourite hunting ground. In the run up to any important election, Zanu PF politicians are known for trooping to church services convened by the various sects to win their hearts and minds.

One of the most enduring images remain that of President Robert Mugabe, beamed on national television in 2010 while donning white garments and holding a sacred staff at a Johane Marange shrine.

Grace’s last rally was an interface meeting with the apostolic and Zion churches held at Rufaro Stadium in Harare. Daily News