Scream ‘wooden spoon’ and you scare one Ziyamuka Ngwira! 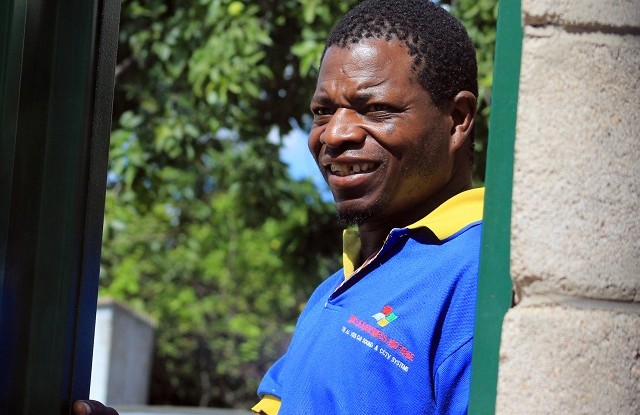 Ngwira from Bulawayo’s Mpopoma suburb claimed in court that his wife specifically bought a wooden spoon for beating him up.

Because of that he was left without a choice but to return to his parents’ home.

Ziyamuka Ngwira who was customarily married to Sinanzeni Ndlovu claims that his wife was in the habit of assaulting and insulting him for no apparent reason.

It got out of hand when she threatened to kill him and for fear of death he left her.

“We have one child together, but I decided to move back home after my wife threatened to kill me.

“She bought a wooden spoon which she used for beating me up and she would insult me, but it got worse when she started threatening to kill me. I phoned my family and told them what was happening and I just made it clear that I had decided to move out as my life was in danger,” said Ngwira.

He revealed that at times she acted like a possessed person just shouting at him for no reason.

“After leaving our matrimonial home, she started sending the child to school without food saying she was fixing me.

“I had to follow the child at school to give him food,” he said.

However, when Ndlovu was contacted for comment, she disputed the allegations.

“That man is a liar and he is just fabricating stories to fix me. Just compare us, do you think it’s possible for me to beat him up. In fact, for the past seven years we have been married, he is the one who has always been violent.”

She also revealed that Ngwira also dragged her to the courts and a protection order was granted ordering her not to assault him and never to step her foot at his home. B-Metro